Tippecanoe County Sheriff's candidate Jason Dombkowski is getting specific about his "Tough on Crime" five point action plan. He hosted a press conference Wednesday that has his opponents remaining skeptical.

"We can no longer afford not to participate in the most important task forces in our community," said Dombkowski.

If elected Tippecanoe County Sheriff, Dombkowski said he will assign deputies to existing drug task forces in other departments within the county. He also wants to increase K9 use on roadways and in the jail.

All of this, without asking for a bigger budget.

"It's just a reallocation of resources," explained Dombkowski. "There's hardly anything in there that would cost more money. It's just about leadership, it's about directing those resources to the most important problems in our community."

"All of those things I am in favor of doing and would be happy to do if we had personnel to do it," responded Incumbent Sheriff Barry Richard.

If re-elected, Richard said he will focus on getting more manpower but use his current man power to prioritize road patrol.

"Road patrol is important," responded Dombkowski. "But you don't have to do one without taking care of the other."

But Richard maintains it's not possible to do everything on Dombkowski's list and his other opponent for Sheriff John Woody Ricks agrees.

However, he feels some of it can be done without increased resources.

"We should be able to put people back on the drug task force, be part of the intervention team and be involved in those programs," said Ricks. "But it's going to take us mending the relationship at the administrative level that is broken right now."

Ricks said a sex crimes task force unit is also on his list if elected.

"Our detectives are just overwhelmed with it [sex crimes] and it would be great to have multi-agency task force that's working with that," said Ricks.

Skepticism from his opponents aside, Dombkowski is confident he can accomplish his plan. He says he's already doing most of it as West Lafayette Police Chief.

"We play in all of those task forces, we assign officers to the most important issues in our community," said Dombkoswki.

If you would like to see Dombkowski's "Tough on Crime" five point action plan in more detail, click here. 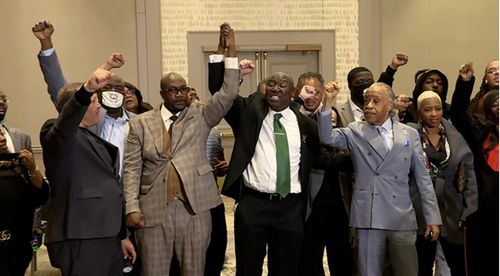