Dow falls more than 400 points as the coronavirus outbreak worsens 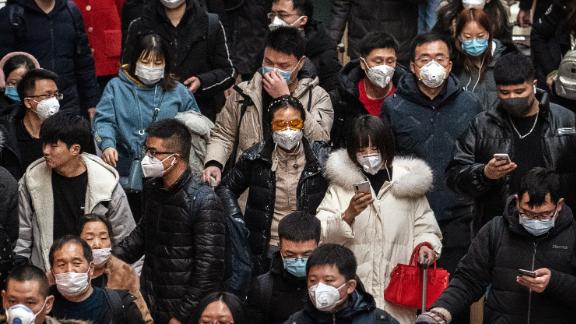 CNN's Dr. Sanjay Gupta looks at what you need to know about the Wuhan virus and coronaviruses like MERS and SARS - from what they are, to how you can treat them.

The Dow tumbled Monday morning, as US stock nosedived on the continuing global spread of coronavirus.

European exchanges are also lower, while Asian markets are closed for the Lunar New Year holiday.

A fifth case of the virus has been confirmed in the United States. All patients had traveled to the Chinese city of Wuhan, where the outbreak originated, prior to falling ill.

Stocks sold off last week amid fears of a global pandemic. The outbreak, which so far has infected thousands people and killed 80, concerns investors about the Chinese economy.

As the second-largest economy in the world, any drop off in China's growth could hurt the global economy, which has already slowed over the past year.

Although the outbreak could be short-lived, it could pose a notable threat to China's economic growth, depending on its duration and severity, noted Oxford Economics economists Tommy Wu and Priyanka Kishore in a note to clients.

'We think that consumption and travel will be the most affected, and to a lesser degree investment and industrial production. We also expect the Chinese government to roll out measures to stabilize growth, if needed,' Wu and Kishore said.

Besides stocks, pain in the global and Chinese economies could also hurt demand for commodities like oil. US oil prices were down 2.3% at $52.92 a barrel.

Traditional safe-haven assets rallied higher on Monday. The price for gold climbed 0.8% to $1,583.60 per ounce, and the 10-year US Treasury bond yield slipped to 1.61%. Bond yields and prices move opposite to each other.