6 ways Canadian Thanksgiving is different from the US holiday 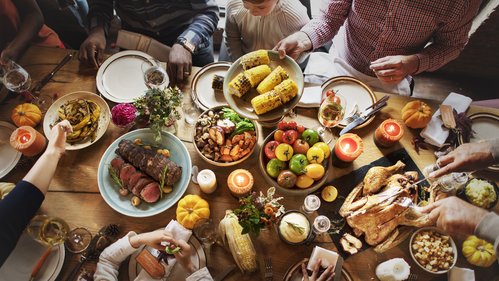 Thanksgiving comes to Canada first.In many ways, it's not unlike its American counterpart. But if you can't bear the thought of a Thanksgiving without...

In many ways, it's not unlike its American counterpart. But if you can't bear the thought of a Thanksgiving without football and school pageants with Pilgrims and Native Americans, it's a whole new holiday.

Here are six ways Canadian Thanksgiving differs from the US holiday.

It honors a different Thanksgiving

The date of the true first Thanksgiving is hotly contested. Some historians believe it occurred not in the US, but in Nunavut.

When Sir Martin Frobisher sailed from England to the Canadian territory in 1578, he and his crew celebrated with salt beef and mushy peas and thoroughly gave thanks for making it across the ocean safely.

The Pilgrims didn't arrive at Plymouth until 1621, but American Thanksgiving became a national holiday nearly a century before its Canadian counterpart did in 1879, according to the Canadian Encyclopedia.

And on a Monday, to boot. Canadian Thanksgiving is observed on the second Monday of October every year, though many opt to feast on the weekend.

Its date has moved around several times, but in 1957, the government settled on October. The new date lined up with the completion of the Canadian harvest, and it's just early enough in the fall to beat the winter's biting cold, the Canadian Encyclopedia said.

It's not all about turkey

The American Thanksgiving stalwart is a Canadian staple, too, but celebrants often sub in with provincial delicacies.

There are still plenty of seasonal vegetables, breads and beverages served. They're just prepared and presented in a uniquely Canadian way.

It's not observed nationwide

It's an official statutory holiday throughout Canada except in New Brunswick, Nova Scotia and Prince Edward Island. Employers aren't required to pay their employees for the day off, so families often celebrate it the day before.

Football and parades are smaller affairs

As in the US, Thanksgiving in Canada brings with it football marathons, a nationally broadcast parade and plenty of family time. Those traditions are just a little pared down.

There's no department store-sponsored parade broadcast nationwide in Canada, but there is the Kitchener-Waterloo Oktoberfest Thanksgiving Day Parade. The German beerfest is televised on CTV with 120 floats and plenty of costumed characters.

Black Friday is out, Boxing Day is in

The holiday originated in the UK -- and no, it's not a national celebration of pugilism. According to Encyclopedia Britannica, upper-class employers would share boxes of leftover presents or money with their servants, who were required to work on Christmas. The act of charity has evolved into a day of discounted shopping (and a convenient time to trade in an unwanted gift).

NOTE: The headline of this piece has been updated