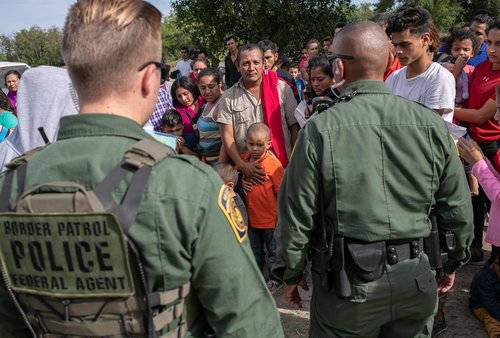 A California federal judge's attempt to issue a nationwide injunction on the Trump administration's new asylum restrictions was blocked for a second time la...

A California federal judge's attempt to issue a nationwide injunction on the Trump administration's new asylum restrictions was blocked for a second time late Tuesday night.

It's the latest move in a case that has bounced around between the lower courts and comes as the Supreme Court considers an emergency request from the Justice Department asking the Court to weigh in.

In essence, the 9th US Circuit Court of Appeals ruling means that the administration's rule that dramatically limits the ability of Central American migrants to claim asylum can continue to go forward except as it applies to California and Arizona -- two border states that fall under the 9th Circuit's jurisdiction.

The rule, from the departments of Justice and Homeland Security, would prohibit migrants who have resided in or traveled through third countries from seeking asylum in the US, therefore barring migrants traveling through Mexico from being able to claim asylum.

On Monday, US District Judge Jon Tigar had restored his decision to block a Trump administration rule limiting asylum for some migrants, in response to an earlier 9th Circuit ruling. But that was short lived, in light of Tuesday'st 9th Circuit ruling.

Tuesday's 9th Circuit ruling handed the administration a partial win as it seeks to implement its rule across the country.

US Citizenship and Immigration Services acting Director Ken Cuccinelli called Tuesday's ruling "a little good news on the judicial front (for now)" in a tweet.

Amid the back and forth, the Justice Department has asked the Supreme Court to step in. But it's unclear if the justices will act while the 9th Circuit considers the issue.