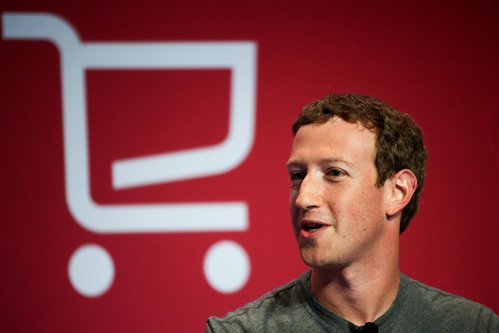 For the last year, Facebook has been signaling it wants in on the cryptocurrency phenomenon. At its...

For the last year, Facebook has been signaling it wants in on the cryptocurrency phenomenon. At its F8 developers conference last month, cofounder and CEO Mark Zuckerberg said he wants to make sending money as easy as sending a photo: digital, immediate, free and secure.

On Tuesday, the company formally unveiled its highly-anticipated digital currency project. It's called Libra. Facebook also announced the creation of the Libra Association, an independent organization that will manage the currency, and Calibra, a unit of Facebook that will build applications related to the new digital currency.

Facebook has 2.4 billion users around the world, an audience that could help it spur a bigger mainstream adoption of cryptocurrency than others have yet to generate. At the same time, the announcement comes at a critical moment in Facebook's history. The company is under regulatory and political scrutiny for its massive influence, as well as its mishandling of user data, even as it works to further extend its reach into users' lives.

As part of the announcement, Facebook launched a test version of its blockchain, the technology upon which cryptocurrencies like bitcoin are built. It is open-source software, meaning developers can experiment with building applications on the platform and submit feedback on the code. The currency itself is set to launch in 2020.

'Libra's mission is to be a simple, global currency and financial infrastructure that empowers billions of people,' said Facebook's David Marcus, who runs Calibra and headed up the Libra project. One of the aims of the project is to help the 1.7 billion people around the world who don't have bank accounts access a stable currency and financial services.

Over the past year, Facebook put together a team of executives and outside partners to work on Libra. Last May, Marcus, formerly president of PayPal, stepped down from his role as head of Facebook Messenger to build a blockchain team within the company.

In recent months, the company established the Libra Association, a not-for-profit governing body that will oversee Libra. Facebook says it did not want to be solely in charge of Libra because it intends for the cryptocurrency to be a 'public good.'

The group has 28 founding members — companies and nonprofits from several different countries — including Facebook, which says it will have just one equal vote. The association will be based in Geneva and officially take up its post this week overseeing the rollout of Libra. Facebook hopes to have 100 association members by the 2020 launch.

Among the founding members are heavy hitters in the tech, finance and nonprofit sectors, including Mastercard, Uber, Mercy Corps and Andreesen Horowitz. These partners bring expertise in areas key to the project: international financial regulations, blockchain and the financial needs of poor communities around the world.

How Libra will work

Facebook's new subsidiary Calibra will build a 'wallet' application for people to use Libra, send it to their friends and make purchases on Facebook and Instagram. A button on Whatsapp and Messenger will allow users to send Libra in their message threads, the same way they send GIFs or emojis. Calibra will also operate as a standalone app.

Other companies will be able to build similar applications. For example, a bank could build an application allowing users to take out a loan in Libra, or a retail company could plug into the network so users can make payments in the digital currency.

But Libra will still face a hurdle to get widely adopted.

To get Libra, users will need to go to their local bank or money exchange to trade local currency for it. And for a user to spend the money their friend sent over Messenger without first depositing it back into their bank account will require, say, their favorite clothing store to accept Libra as payment, too. Though Facebook's large user base will give the cryptocurrency broad exposure initially, the effort's success will depend on consumers being able to do more than just use Libra on Facebook's platforms.

Libra will be backed 1:1 by a bundle of financial assets likely to include bank deposits and short-term government securities from the US Treasury, among others. This will help it avoid the volatility that has plagued other cryptocurrencies like bitcoin.

This kind of 'stable coin' is unusual among cryptocurrencies, according to Ari Juels, a professor at the Jacobs Institute at Cornell Tech who studies cryptocurrency. Digital currencies are not often backed 1:1 because that would tie up billions of dollars in reserve currencies that could not be used. Even traditional financial institutions, like US banks, do not fully back deposits this way, hence the need for FDIC deposit insurance.

Questions about the use of user data and Facebook's role

In recent months, Facebook has faced criticism from users and politicians over privacy and security issues on its platforms, and reports suggest it could face antitrust scrutiny.

Amid rumors of the company's cryptocurrency plans, the US Senate banking committee last month wrote a letter to Zuckerberg asking how the company would protect users' financial data. Facebook said it received the letter and is addressing the senators' questions.

For its part, Facebook said users' financial data will be handled solely by Calibra, and not be shared with Facebook or paired with users' social data.

The company has also been working with financial regulators in the United States and elsewhere. It developed a procedure to verify the identities of people who will use Libra on its platforms, to comply with government rules meant to mitigate cybercrime.

Even though Facebook won't solely control Libra, some in the industry worry that the project isn't in the spirit of the larger cryptocurrency sector, which has prized decentralization.

'With regards to international exposure, it's a positive but that may be where the positives end,' said Richard Dennis, founder of cryptocurrency marketplace Temtum, which offers a digital currency. 'With Facebook one of the biggest hoarders of personal data on the planet, there's a complete contradiction of what cryptocurrencies are meant to be — no one entity should hold the power, the data or most importantly control user funds.'

Ultimately, Facebook is betting on its scale, as well as the customer bases of Libra Association members, to get consumers to buy into the technology.

Union Square Ventures' Wilson compared the project to when Microsoft installed Internet Explorer on all of its computers with Windows software, pushing mainstream consumers to access the internet, a network that had existed previously but hadn't yet infiltrated most households.