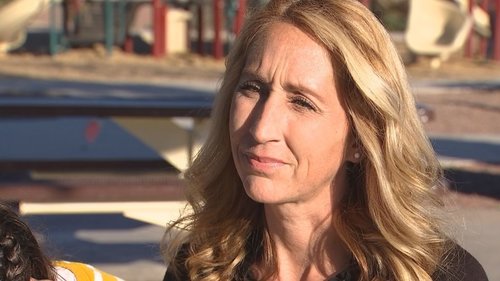 It's something many people have never thought of - where do parents of adults with special needs change their diapers when they go out? One Arizona mom wants a bill requiring adult changing tables in public restrooms.

PHOENIX (KPHO/KTVK) -- It's something many people have never thought of - where do parents of adults with special needs change their diapers when they go out? One Arizona mom wants a bill requiring adult changing tables in public restrooms.

A bill that would require all renovations and new builds to include a baby changing station in restrooms has already been introduced, but Marianne Scott, of Tucson, does not think that goes far enough.

"Every day when we leave our home, one of the things I have to consider is where in the world am I going to take care of her bathroom needs," said Scott, speaking about her 17-year-old daughter, Maycee, who has cerebral palsy.

"She has so many things she loves, like restaurants," Scott said. Dancing, riding her bike, and riding horses are also some of Maycee's favorite things to do. Maycee wears a diaper.

"Maycee's incontinent, meaning she is still in a diaper," Scott said. Most restrooms only have changing tables for babies.

"I will bring plastic store throwaway tablecloth," Scott said. "And you lay the tablecloth down on a dirty gross floor and you lay her down."

"It's dehumanizing, it's deplorable, it's not sanitary," Scott added.

Phoenix Sky Harbor has now added adult changing tables to every terminal. Scott wants to see more places follow their lead. She and other advocates have taken to Facebook to garner support.

"People not only in Arizona have commented and said, holy cow, get it passed in your state so my state can join on board," Scott said. "I challenge Arizona, I say come on Arizona, lets get our society to go chase dignity."

The sponsor of the Senate Bill requiring baby changing stations is already on board. Scott needs the sponsor of the identical House Bill to also amend the language, and the Health and Human Services committee would need to take it up as well.

UPDATE: All suspects identified, charges on the way in Lafayette vandalism spree