Germany orders Facebook to change the way it gathers data 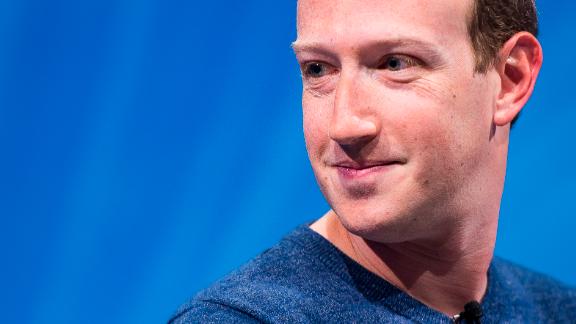 Germany is moving to break up Facebook's dominant position in gathering data about social media users.

The country's antitrust office ruled Thursday that Facebook is abusing its virtual monopoly in social media by combining data from Instagram, WhatsApp and third party websites.

The office said Facebook used the data to build a unique profile about each user to gain more market power.

In future, Facebook will have to seek German users' explicit consent to collect and combine such data. The Bundeskartellamt ordered Facebook to come up with proposals for how to do this.

"Facebook will no longer be allowed to force its users to agree to the practically unrestricted collection and assigning of non-Facebook data to their Facebook user accounts," said Andreas Mundt, the president of the anti-trust office.

Facebook said it disagreed with the decision and plans to appeal against it.

"The Bundeskartellamt underestimates the fierce competition we face in Germany, misinterprets our compliance with [European privacy rules] and undermines the mechanisms European law provides for ensuring consistent data protection standards across the EU," Facebook said in a blog post.

It also accused the Bundeskartellamt of trying to "implement an unconventional standard for a single company."

The Bundeskartellamt said Facebook, with its 23 million daily active users, has more than 95% of the German market. It argued that companies such as Snapchat, Google's YouTube and Twitter don't offer the same services as Facebook and therefore can't be included in the market.

Facebook disagreed with that assessment. It said that the investigation by the antitrust office found 40% of social media users in Germany don't use Facebook.

However, the Bundeskartellamt said that even if other services were included, Facebook would still have a very high market share.

"The only choice the user has is either to accept the comprehensive combination of data or to refrain from using the social network," Mundt said.

"In such a difficult situation the user's choice cannot be referred to as voluntary consent," he added.

Instagram was acquired by Facebook in 2012. WhatsApp followed in 2014. Both platforms remained relatively independent for some time. But they've become increasingly important to Facebook as it struggles to deal with misinformation on its platform, election meddling and privacy scandals.

The New York Times reported last month that Facebook was planning to integrate the infrastructure of WhatsApp, Instagram and Messenger.

Professor: Many of Indiana's bats are 'dropping like flies'

Arrest made in infant death case