How Trump's pardons could get even more bizarre 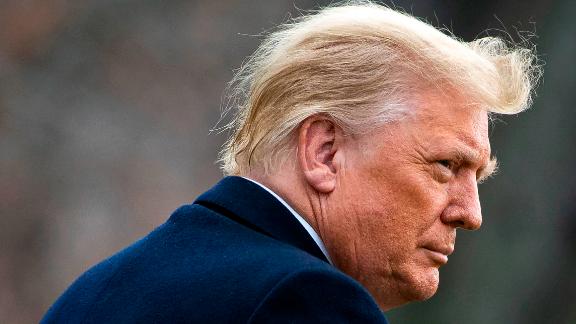 President Donald Trump announced a wave of pardons on Tuesday for people ranging from Republican allies to two men who pleaded guilty in Robert Mueller's Russia investigation. Meanwhile, speculation grows about whether President Trump will pardon three of his adult children, his son-in-law, or even himself before his term ends on January 20.

But what if he issues these pardons and -- unlike those just made public -- no one finds out? That is not as far-fetched as it seems.

Trump's pardon power derives from a brief clause in the Constitution that simply gives him the authority to grant "Reprieves and Pardons" for federal offenses. But the Constitution imposes no requirement that a pardon be made public, filed, or disclosed at any time, including before the President leaves office. Although a federal law, the Presidential Records Act, does require that all presidential decisions be adequately documented — and that those records be filed with the National Archives when the President leaves office — the law is relatively toothless and does not include a process for enforcing it.

More importantly, the failure to keep a pardon on file under a law passed by Congress could not supplant the President's authority under the Constitution. As the Supreme Court has held, a presidential pardon is a defense to a federal prosecution that takes legal effect if someone under indictment presents it to the court in response to the charges. We saw with the dismissal of former Trump National Security Adviser Michael Flynn's prosecution earlier this month that all that is necessary to nullify criminal charges is that the pardon have been genuinely issued by the president, cover the crime or crimes at issue, and have been accepted by the recipient.

Until the Trump administration, Presidents almost always deferred to the careful process laid out in Justice Department regulations, which require a formal petition to be sent to the pardon attorney at DOJ, who then makes recommendations to the President. (There have been notable but infrequent exceptions over the years, including President Bill Clinton's pardon of fugitive Marc Rich and President George H.W. Bush's pardon of Caspar Weinberger and others indicted in the Iran-Contra matter).

Trump, however, has largely abandoned the DOJ process in favor of granting pardons or commutations to political cronies and supporters, or after direct persuasion by either. Until now, such people — for example, Flynn, former Maricopa County Sheriff Joe Arpaio, Trump ally Roger Stone, and former Illinois Gov. Rod Blagojevich — had actually been prosecuted by the Justice Department. But as we saw when President Gerald Ford pardoned Richard Nixon, the pardon power is generally understood to extend to any crimes committed before the date of the pardon, whether or not criminal charges have been filed.

For those who have been linked to investigations by various state or federal agencies, but not charged, like Donald Trump Jr., Ivanka Trump, Jared Kushner, or Rudy Giuliani -- it would be embarrassing to accept a pardon without ever having been prosecuted. (Disclosure: I was the chief assistant district attorney in New York during the Trump SoHo investigation of Donald Trump Jr. and Ivanka Trump in 2012. No charges were brought in that investigation.)

Although they would no doubt publicly proclaim their innocence of any wrongdoing, it is a legal gray area whether acceptance of a pardon implies guilt of the underlying offense. Many people, including Stone, who told an NBC analyst that he had opted for a commutation rather than a pardon for that very reason, believe it does. With that idea in the public sphere, the pardon recipients would undoubtedly be subject to public condemnation in many corners.

This leaves open the possibility that he will issue pardons in secret to those whose pardons either he or the recipients do not want in the public record. A secret pardon would enable them or others to keep clemency in their back pocket in case of some future "witch hunt," to quote Trump, while at the same time avoiding the uproar that would undoubtedly come with a public pardon announcement.

We cannot know for sure if Trump will do this, of course. But with his having done the previously unthinkable so many times, no one should be surprised if he issues pardons before he leaves office that never see the light of day unless the recipient is investigated or prosecuted.