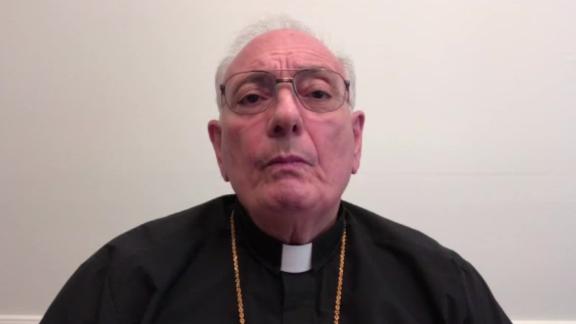 Brooklyn bishop, Nicholas DiMarzio, reacts to the recent US Supreme Court ruling on Covid-19 restrictions put in place by New York Gov. Andrew Cuomo and explains how his church is taking precautions against coronavirus transmission.

Last month, I wrote that Amy Coney Barrett would help to usher in a new post-truth jurisprudence on the Supreme Court. While I had cited her anti-science statements on climate change, her arrival on the court has created a new 5-4 majority against public-health science at the height of the Covid-19 pandemic.

When it ruled this week against New York state's decision to limit religious gatherings in a few high-incidence parts of New York City, the court proved the dangers of scientifically illiterate judges overturning government decisions that were based on scientific evidence.

The immediate effect on New York City is moot because the state had already lifted the particular orders under review. The grave, imminent danger lies in the rest of the country, where public health authorities will feel hamstrung to restrict religious gatherings even when the virus is spreading out of control.

The two cases under review were brought by two religious bodies: the Roman Catholic Diocese of Brooklyn and Agudath Israel of America, an Orthodox Jewish group. Both objected to stringent limits on religious gatherings in particularly hard-hit neighborhoods in Brooklyn. The court's five conservative justices, a new majority with Barrett now on the bench, argued that the state's limits on religious gatherings violated "the minimum requirement of neutrality" to religion under the First Amendment.

The court majority characterized the violation of neutrality this way:

"In a red zone, while a synagogue or church may not admit more than 10 persons, businesses categorized as 'essential' may admit as many people as they wish. And the list of 'essential' businesses includes things such as acupuncture facilities, camp grounds, garages, as well as many whose services are not limited to those that can be regarded as essential, such as all plants manufacturing chemicals and microelectronics and all transportation facilities."

In his concurring opinion, Justice Neil Gorsuch opines as follows:

"So, at least according to the Governor, it may be unsafe to go to church, but it is always fine to pick up another bottle of wine, shop for a new bike, or spend the afternoon exploring your distal points and meridians. Who knew public health would so perfectly align with secular convenience? ... The only explanation for treating religious places differently seems to be a judgment that what happens there just isn't as 'essential' as what happens in secular spaces. Indeed, the Governor is remarkably frank about this: In his judgment laundry and liquor, travel and tools, are all 'essential' while traditional religious exercises are not. That is exactly the kind of discrimination the First Amendment forbids."

"The State argues that it has not impermissibly discriminated against religion because some secular businesses such as movie theaters must remain closed and are thus treated less favorably than houses of worship. But under this Court's precedents, it does not suffice for a State to point out that, as compared to houses of worship, some secular businesses are subject to similarly severe or even more severe restrictions ... Rather, once a State creates a favored class of businesses, as New York has done in this case, the State must justify why houses of worship are excluded from that favored class."

The problem is that the apparently scientifically illiterate majority on the court missed the entire point of the restriction on religious services. Gorsuch mistakenly claims that New York state deems laundry and liquor as essential but religious services as not essential. That is false. Kavanaugh mistakenly claims that New York state failed to justify why houses of worship are excluded from the "favored class" of businesses with lesser restrictions. This too is false.

Justices Sonia Sotomayor and Elena Kagan, writing in the minority, explained the basic scientific facts that were completely overlooked by the majority:

"But JUSTICE GORSUCH does not even try to square his examples with the conditions medical experts tell us facilitate the spread of COVID-19: large groups of people gathering, speaking, and singing in close proximity indoors for extended periods of time ... Unlike religious services, which 'have every one of th(ose) risk factors,' ... bike repair shops and liquor stores generally do not feature customers gathering inside to sing and speak together for an hour or more at a time. ('Epidemiologists and physicians generally agree that religious services are among the riskiest activities'). Justices of this Court play a deadly game in second guessing the expert judgment of health officials about the environments in which a contagious virus, now infecting a million Americans each week, spreads most easily."

In fact, the great risks for transmission are indoor places like religious services, restaurants, concert halls and theaters where large groups are together for a considerable period of time, typically an hour or more. As Justices Sotomayor and Kagan point out, "New York treats houses of worship far more favorably than their secular comparators," by "requiring movie theaters, concert venues, and sporting arenas subject to New York's regulation to close entirely, but allowing houses of worship to open subject to capacity restrictions."

A recent study by Stanford University researchers published in Nature Magazine made the same point regarding the highest risks of viral transmission: "on average across metro areas, full-service restaurants, gyms, hotels, cafes, religious organizations, and limited-service restaurants produced the largest predicted increases in infections when reopened."

What is especially disappointing in the Supreme Court decision is that the lower court had made the correct points very clearly in a decision that was brazenly overlooked by the majority decision. The Federal District Court had noted that: "Among the other problematic features of religious gatherings, congregants arrive and leave at the same time, physically greet one another, sit or stand close together, share or pass objects, and sing or chant in a way that allows for airborne transmission of the virus."

None of this is to argue that New York state's regulations were perfectly drawn. That is not the point. The point is that the Supreme Court should be on the side of saving lives and urging rational, science-based behavior by all, especially at this moment of maximum peril to the population. Even more than the Supreme Court, religious groups should also be siding actively and energetically with public health authorities, both to protect their own congregants and all of society. Pope Francis succored Catholics around the world by shifting to an online Mass in response to the quarantine. His recent New York Times op-ed eloquently makes the point that the common good takes precedence over simplistic appeals to "personal freedom" in protests against justified public health measures.

Our religious faiths are the great teachers of the supreme value of human life, and they can be great healers for those in mental distress during the pandemic. The message to the American people should be a united one, with the nation's faith leaders, public health specialists, the politicians and, yes, Supreme Court justices using scientific knowledge combined with compassion to end the pandemic with the maximum speed and the least further suffering and loss of life.

Police are investigating a shooting incident in Lafayette

'A sick, vile being.' Domino's delivery driver shooter gets 50 years in prison

A Lafayette man is arrested in Wabash County