'I wish her well': Trump's shocking support for Ghislaine Maxwell 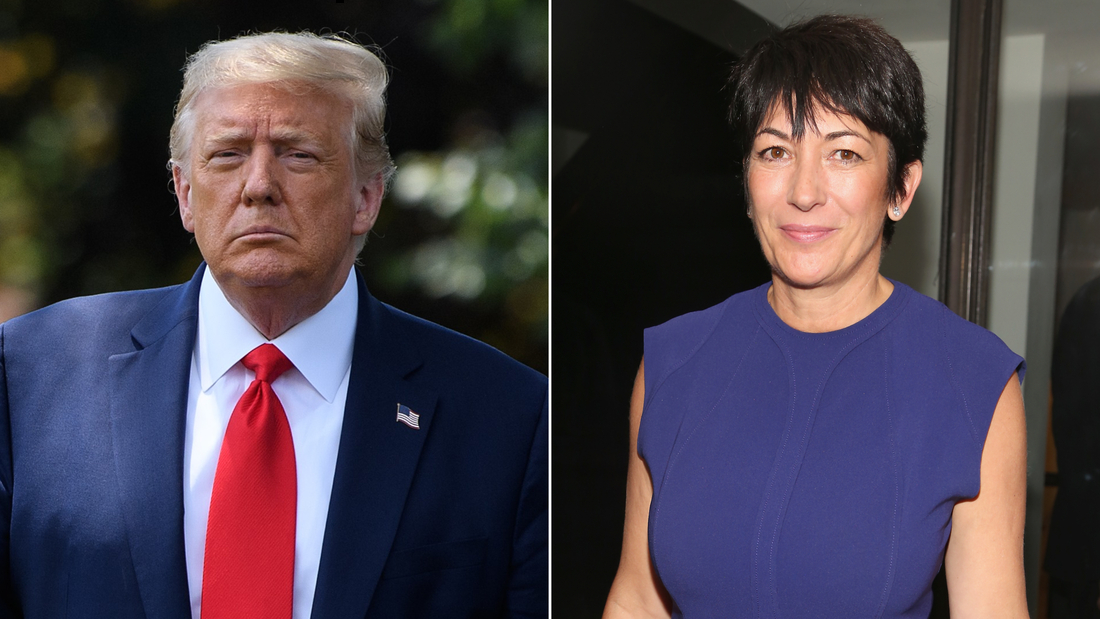 We all saw it happen, but it remains hard to believe. When asked during a White House press briefing Tuesday about the federal prosecution of Ghislaine Maxwell for her alleged role in recruiting, grooming and sexually abusing underage girls, President Donald Trump responded, "I just wish her well, frankly."

Just to reassure us that we weren't collectively hallucinating this bizarre response to the arrest of Jeffrey Epstein's alleged accomplice, Trump said it again: "I wish her well."

Let's take a moment to reflect. Imagine if any president in history -- John Adams, FDR, Kennedy, Reagan, take your pick -- was asked about a case brought by his own Justice Department alleging that a defendant had committed serial child molestation and then responded with "I wish her well." Heads would have exploded. And they should be here too.

But there also should be a sense of recognition.

When else has Trump publicly expressed warm wishes or sympathy for people charged with crimes by his own Justice Department -- and later taken steps to undermine their prosecutions? Where to begin?

He tweeted incessantly in support of his longtime political confidante Roger Stone. He initially praised Stone for having "guts" for refusing to testify or cooperate with Special Counsel Robert Mueller. Later, Trump's tweets became a maelstrom of indignation over Stone's judge, jury and prosecutors.

Trump ultimately granted a commutation to Stone -- who never did cooperate with Mueller -- just days before he was set to report to federal prison.

Trump also railed about the unfairness of the prosecution of Michael Flynn, his first national security adviser; at times the President openly contemplated a pardon.

Eventually, Trump's loyal attorney general, William Barr, took the unprecedented step of undermining his own Justice Department prosecutors and seeking to dismiss Flynn's conviction -- even though Flynn had pleaded guilty to lying to the FBI. Flynn at one point cooperated with Mueller, but that eventually fell apart.

Flynn flaked (as we used to put it when I was at the Justice Department) and, for some reason, decided he no longer wanted to answer all the prosecutors' questions.

Like Flynn, Paul Manafort, Trump's former campaign chairman, at one point agreed to cooperate with Mueller but then effectively killed the deal when he got caught lying to the Special Counsel. Trump had repeatedly tweeted support for Manafort, at one point comparing him favorably (and bizarrely) to Al Capone.

In May, Manafort was released early from federal prison over concerns relating to Covid-19.

What do these three prior cases have in common? Trump has personal and political ties to each defendant.

Trump took at least some step to help each person's cause, ranging from favorable public statements to an official commutation. And none of the defendants cooperated against Trump -- two of them, Flynn and Manafort, had started to do so but then changed their minds.

The case against Maxwell's co-conspirator, Epstein, already has been rocked by controversy. Florida prosecutors gave Epstein a preposterously lenient plea deal in 2008, permitting him to dodge federal charges and serve only 13 months in state custody (while allowing him to leave the jail to go to work six days a week) for prostitution charges over his involvement with underage girls.

The lead prosecutor at the time, Alex Acosta, later became Trump's Secretary of Labor before resigning amidst public furor over the indefensible and inexplicable Epstein deal.

This is not to argue that a Trump pardon of Maxwell, or some other form of political or outside meddling, is imminent or likely; that would be too politically self-destructive to seriously contemplate, particularly before an election (though Trump has defied conventional norms before).

But the pattern here is impossible to ignore. Maxwell has been charged with helping Jeffrey Epstein commit serious and grotesque crimes relating to the sexual abuse of children.

Trump was personal friends --and used to party-- with Epstein. Trump once declared that "I've known Jeff for 15 years. Terrific guy. He's a lot of fun to be with. It is even said that he likes beautiful women as much as I do, and many of them are on the younger side."

In 2017, Trump Organization attorney Alan Garten told Politico "as I have previously explained, he (Trump) had no relationship with Mr. Epstein and had no knowledge whatsoever of his conduct."

When asked about Maxwell at the Tuesday press briefing, Trump easily could (and should) have said simply, "I can't comment on a pending case, the case charges very serious crimes, and I'm confident justice will be done here." But instead he chose to publicly declare his moral support for an alleged accomplice of an accused sex-trafficker.

There is no way to know exactly what motivated Trump's outlandish public display. But he has previously expressed sympathy publicly for his personal friends who ended up as criminal defendants. They key now is to pay extra attention to make sure that this case doesn't end up short-circuited, like those before it.

Adam (Canada): Can Congress pass a law that prevents a president from issuing a pardon to somebody who has been implicated in wrongdoing involving the president himself?

House Speaker Nancy Pelosi has stated that she intends to pursue precisely this type of policy: "Legislation is needed to ensure that no President can pardon or commute the sentence of an individual who is engaged in a cover-up campaign to shield that President from criminal prosecution."

But such a bill is unlikely to become law. Pelosi would need not only the support of her Democratic colleagues in the House but also the Republican-controlled Senate and, ultimately, Trump himself.

Pelosi's proposed law against exercise of the pardon power to benefit "an individual who is engaged in a cover-up" also seems to be in tension with the Constitution, which places no such limit on the pardon power.

The Constitution does provide a remedy, should Congress determine that the President has abused his power by issuing improper pardons. That remedy? Impeachment.

However, given that the House recently impeached Trump, and that an election is fast approaching, a second impeachment of Trump based on his issuance of pardons seems exceedingly unlikely.

Mary (North Carolina): Does the President legally have the power to impose a mandatory order requiring people to wear face masks in public?

Yes. Federal law empowers the President (acting through the Department of Health and Human Services) to make and enforce regulations that "in his judgment are necessary to prevent the introduction, transmission, or spread of communicable diseases" into or within the United States.

The law gives the President the power to take extraordinary steps through such regulation, including requiring the "inspection, fumigation, disinfection, sanitation, pest extermination, destruction of animals or articles found to be so infected or contaminated" and other measures deemed necessary.

Requiring people to wear masks in public would be, if anything, a less drastic application of this power than those specifically listed in the law.

The law also makes it a federal misdemeanor -- punishable by a maximum of a $1,000 fine and one year in prison -- to violate such an order.

Dulcie (Minnesota): Is it Constitutional for a president to decide to pardon without a formal request from the guilty party?

The Constitution does not require a person to formally request a pardon before receiving one from the president.

However, for more than 125 years, the Justice Department has operated the Office of the Pardon Attorney to "provide assistance in the exercise of the executive clemency."

The pardon attorney systematically reviews applications for pardons -- coordinating with the respective federal prosecutor's office that handled the original case -- and then makes formal recommendations to the president.

There is no specific legal requirement that a pardon application must go through this process, but traditionally, presidents have relied on the pardon attorney to ensure that pardons are granted in a fair and equitable manner.

President Trump has essentially abandoned use of the pardon attorney, instead awarding pardons primarily to high-profile public figures and to personal and political associates. Most recently, the pardon attorney reportedly had no involvement in Trump's commutation of Roger Stone's sentence.

1. Will Barr testify as scheduled on July 28, or will he no-show (as he has before)?

2. Will Trump's executive order seeking to exclude undocumented immigrants from the census face a legal challenge?

FedEx: Mass shooter was a former employee of the company