America has to reckon with its original sins 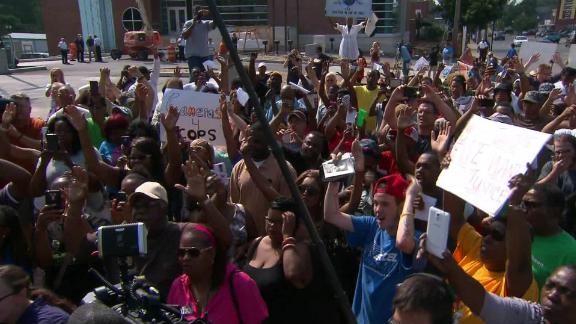 Footage of protests from the 1960's civil rights movement and current day protests.

During one of the most tumultuous weeks in recent American history, massive demonstrations against the brutal actions of Minneapolis police in the death of George Floyd spread across the country in over 700 cities and towns.

In response, President Donald Trump called for more police violence against protesters, before brandishing a Bible in front of the St. John's Church near to the White House .

Trump talked of "law and order," a phrase designed to attract a political base that might feel threatened by the valid grievances of a multicultural coalition of marchers for whom taking to the streets has become their only recourse. Their actions, designed to provoke meaningful change, harken back to the words of James Baldwin, writing about 1966 riots in Harlem: "The law is meant to be my servant and not my master, still less my torturer and my murderer." Baldwin continued, "To respect the law, in the context in which the American Negro finds himself, is simply to surrender his self-respect."

The effectiveness of this unprecedented level of street activism -- with echoes of the 1968 civil rights and anti-Vietnam War protests, as well as the L.A. Rodney King riots in 1992, Occupy Wall Street, and the Ferguson uprisings of 2014 -- in bringing about anti-racist policy change is already being debated.

In his town hall speech earlier this month, former President Barack Obama highlighted that street protest and conventional politics as not mutually exclusive, but together are key elements in a "Change in mindset that is taking place ... a greater recognition that we can do better."

Yet even Obama's 2015 Task Force on 21st Century Policing has not seemed to create the necessary change he had hoped for.

As a journalist who covered police brutality in New York City in the 1990s, I have often seen the obstructions that police reform has encountered: The ineffectiveness of internal police investigations, an often inconsequential civilian complaint review board and an increasing reliance on police for controlling crime, drug dependence and mental illness problems ratcheted up by the administration of Mayor Rudolph Giuliani that were exacerbated by an economy that relegated people of color to the bottom tier of our country's workforce.

The systemic racism that underlies "broken windows" policing theory was made clear by the coronavirus pandemic, fueling the passion of demonstrators.

While calls are growing to "defund" or "dismantle" police by significantly shifting government funding away from police departments and toward education, affordable housing and drug abuse treatment and rehabilitation, this moment is a chance for America to go even further than policy reform.

There are even serious calls to abolish policing as we know it from organizers and academics wary as a result of reforms that have failed historically.

While the role of police in our society is central to the current wave of protests, there are so many conversations happening about systemic racism that indicate a need to get to the root of the problem. This is a chance for this country to look into the mirror and acknowledge the grave injustices that accompanied its founding -- injustices that have continued unabated and in different, at times hidden, forms -- and own up to them, once and for all.

As Michelle Alexander wrote in The New York Times last week, "Donald Trump would not be the president and George Floyd would not be dead if, after the Civil War, our nation had committed itself to reparations, reconciliation, and atonement for the land and people that colonizers stole, sold, and plundered."

During the Democratic primary debates, candidates Elizabeth Warren and Cory Booker supported the idea of reparations, but the theoretical groundwork for such claims begins with apology and atonement.

Such a gesture would be a necessary correction to the prevailing discourse of American exceptionalism -- painting it as the world's leading democracy -- as a first step to dismantle the hidden legacy of white supremacy from the top.

Such an apology should spring from a series of public conversations, considerably more elaborate and ambitious than Obama's unmemorable "beer summit" between Harvard professor Henry Louis Gates and the officer who arrested him in front of his home in Cambridge, Massachusetts in 2009.

It should be remembered that formal governmental apologies, such as the one Australia offered in 2008 and the Truth and Reconciliation Commission held by South Africa, have not been panaceas, and those countries are still plagued by racism and racial division. These conversations could be somehow formally codified in public documents that could serve as the basis for widespread change in public policy.

By frankly reassessing America's origin story, as well as its first 150 years, a more comprehensive picture of how injustices have been meted out to its several marginalized groups comes into picture. After all, protests around the country are multiracial in composition, with varied communities of color participating.

While centering the injustice of slavery, Jim Crow and mass incarceration is essential, a national conversation must include a reckoning with the displacement of Native Americans from their lands and subsequent banishment to reservations.

This conversation must also examine the legacy of the treatment and lynchings of Mexicans absorbed by the US in the 1847 war, the racist Insular Cases that hold Puerto Rico as a colonial territory and the 61-year legacy of the Chinese Exclusion Act, which prevented Chinese immigrants from becoming citizens, as well as Cold War "yellow peril" narratives are reflected in current day hate crimes blaming Chinese citizens for the coronavirus.

Beyond questions of race, areas of discrimination and also institutional bias against women and LGBTQ communities -- this weekend one of New York's largest protests was organized around the message "Black Trans Lives Matter."

Yet I can't help but wonder if America had such a clearing of the air about race, it might have been different earlier this month, when a column of police officers with batons, enforcing the city's then-8 p.m. curfew, raced after and surrounded a group of protesters just a few blocks away from my home in the Bronx, arresting some and reportedly pummeling others, including press and official observers.

Were these not police who, by virtue of the leadership of the chief executive, and the official narrative of America, acted with violence because there was nothing to apologize for? Were they not "caught," as Baldwin wrote in his book of essays "No Name in the Street:, "in the lie of their pretended humanism"?

This is not the time to settle for Democratic congressional members "taking a knee," an action emblematic of token reforms that will not go to the root of the problem. With George Floyd protests spreading across the globe, the world is waiting for America to finally come clean and recognize its original sins.

It must say loudly and clearly, we are not what we said we were, and we can't move forward until we acknowledge the damage we have done. 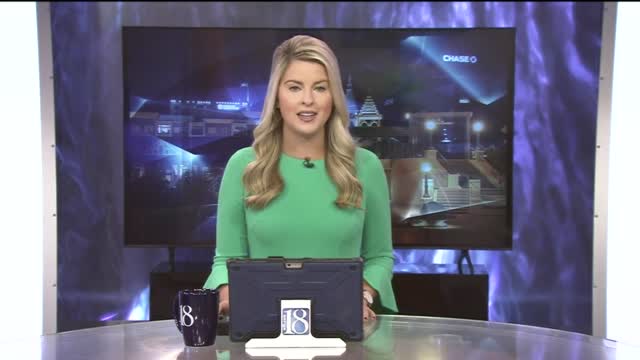