Firing State Dept Inspector General may be a crime 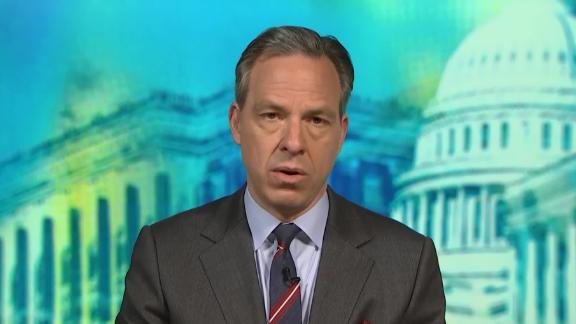 When President Donald Trump fired State Department Inspector General Steve Linick late Friday night, he continued an audacious campaign to exact revenge on the very people centrally charged with ensuring government accountability. It was yet another Friday night massacre, aimed at punishing government watchdogs and distracting from their recent findings of potential waste, fraud, and abuse by the Trump administration.

And the firing of Linick might have been something even more pernicious: criminal obstruction of justice. Congressional Democrats and at least one Republican (Sen. Chuck Grassley of Iowa) alike have declared that they will demand more answers than the administration has given so far. That's important -- but it's also not enough. The Justice Department must get off the sidelines and do its job, regardless of whose political interests might be damaged.

One federal obstruction of justice statute criminalizes efforts to "influence, obstruct, or impede the due and proper administration of the law," including proceedings within any federal department or agency. So if, for example, a person intentionally misleads investigators on a specific question, or hides a certain piece of evidence, or tries to get a witness to lie on a particular point, then the statute applies. Logically (and legally), if it's obstruction to tinker with one piece of an agency investigation, then it's certainly obstruction to demolish the whole thing.

Linick's firing comes after he reportedly had begun an investigation of possible wrongdoing by Secretary of State Mike Pompeo, specifically focused on alleged improper use of a State Department employee to perform personal tasks for Pompeo and his wife. Details are sparse: Democratic Rep. Eliot Engel revealed the investigation in his statement denouncing the firing, but did not provide any further information. Requests for comment from the State Department regarding the investigation revealed by Engel were not returned Friday evening and Sarah Breen, the State Department's Office of Inspector General director of communications, told CNN in an email, "We cannot confirm or deny the existence of any specific investigation."

But if the allegation is true, such abuse could itself be a crime under a federal law prohibiting theft or conversion (wrongful taking) of any thing of value of a federal agency. Just as it would be a crime (for example) to steal an official State Department vehicle, it also is a crime to use a salaried State Department official to conduct unauthorized personal errands while on the federal clock. To put a rough hypothetical monetary value on it, using a State Department employee who makes an $80,000 salary to spend one day per week doing unauthorized personal errands is akin to stealing $16,000 per year from the federal government.

Although longstanding Justice Department policy counsels against indicting a sitting president, the inquiry into the action against Linick shouldn't end there. Anybody who urged or counseled Trump to fire Linick could face exposure for obstruction, if they acted with intent to scuttle the investigation of Pompeo. The questions, then, are whether someone indeed made a request to fire Linick, and why Trump wrote to House Speaker Nancy Pelosi that he no longer had the fullest confidence in the IG?

But I have no faith that the Justice Department will do its job. Attorney General William Barr already has made clear that he is about politics -- specifically guarding the flank of Trump and his top officials -- before prosecution. And, while senators from both parties quickly raised a clamor and called for accountability after Linick's firing, the Justice Department has given zero indication of any interest, never mind action.

Such strategic passivity would merely continue a disturbing trend under Barr's leadership. First the Justice Department inexcusably sat out the entire Ukraine investigation that led to Trump's impeachment, never so much as raising an initial inquiry over potential crimes (by Trump and others) including bribery, extortion, and solicitation of foreign election interference.

Continued inaction by the Justice Department now, as Trump serially dispatches IGs and cripples any effort to hold his administration accountable, would be as unsurprising as it is destructive. Once again, the Justice Department has neon flashing signs of corruption laid out before it. We'll see if Barr does anything about it. I'm not holding my breath.

Matthew (North Carolina): Does the fact that the FBI got a search warrant for Senator Burr's property mean he is likely to be charged with a crime?

Not necessarily, but overall the news -- the Los Angeles Times reported that federal agents executed a search warrant on Burr's home and obtained his cellphone and other property -- is not good for Burr, who sold up to $1.7 million in stock in February after he received closed-door Senate briefings about the coronavirus shortly before the market spiraled downward. (Burr has denied any wrongdoing -- saying he made the trades based solely on public information, not information he received from the committee -- and he asked the Senate Ethics Committee to review the sales after they were made public.)

To get a search warrant, a prosecutor must demonstrate (and a federal judge must agree) that there is probable cause to believe that 1) a crime was committed and 2) there will be evidence of those crimes in the location to be searched. Probable cause is not a particularly high burden of proof -- it is lower than the "beyond a reasonable doubt" standard necessary to convict a defendant at trial -- but it requires a prosecutor to articulate with specificity, and backed by evidence, why it is likely that a crime was committed.

In many but not all cases I handled as a prosecutor, a search warrant would be followed by a criminal charge and arrest. Usually, once a prosecutor has enough proof to establish probable cause, it is not a far leap to get to a criminal charge. But there also were instances where I would obtain a search warrant and the proof would come up shy of what was necessary and appropriate for a charge. Bottom line: the search warrant indicates that it is a very realistic possibility, though far from certain, that Burr will be charged. (Burr has denied any wrongdoing, saying he made the trades based solely on public information and has asked the Senate Ethics Committee to review the sales after they were made public.)

Sam (Iowa): Should Supreme Court Justices that were appointed by President Trump recuse themselves from ruling on cases that directly involve him?

The two Trump-appointed Justices, Neil Gorsuch and Brett Kavanaugh, certainly can choose to recuse themselves from any case directly involving the President, but no law or precedent requires them do so.

Supreme Court justices -- unlike all other federal judges -- are not subject to a specific code of ethics, so they can do whatever they choose in cases presenting potential conflicts of interest. But generally, justices need not recuse from a case merely because it involves the same President who nominated him or her.

The 1974 United States v. Richard Nixon case provides historical precedent. The Court ruled 8-0 against Nixon, requiring him to turn over the White House tapes (Nixon resigned weeks later). Three of the Justices on the case were appointed by Nixon: Warren Burger, Harry Blackmun and Lewis Powell. A fourth Nixon-appointed Justice, William Rehnquist, did recuse himself -- not because he had been appointed by Nixon but because he had worked in the Nixon administration's Justice Department.

And in the 1997 Clinton v. Jones case, the Court ruled unanimously against President Bill Clinton, allowing Paula Jones's civil lawsuit against him to proceed. Both Clinton-nominated Justices, Ruth Bader Ginsburg and Stephen Breyer, stayed on the case (and ruled against Clinton).

William (California): Given the current coronavirus pandemic, has the Trump administration changed its legal position seeking to strike down the entire Affordable Care Act?

The Trump administration considered but decided against modifying its position. The Supreme Court has granted "certiorari" -- meaning it has decided to review -- a challenge to the Affordable Care Act (sometimes called "Obamacare") in its next term, which starts in October 2020. We almost certainly will not get a final ruling from the Court before the presidential election on November 3, 2020, but the case could become a key part of the political landscape during the campaign.

The Supreme Court upheld the ACA in 2012 and again in 2015. The Court relied on the individual mandate, which imposes a financial penalty for people who do not carry insurance, as a lawful exercise of the government's taxation power. After Congress in 2017 changed the penalty to zero, however, Texas and a group of other Republican-led states challenged the ACA again.