Trump's pardons show his contempt for the law 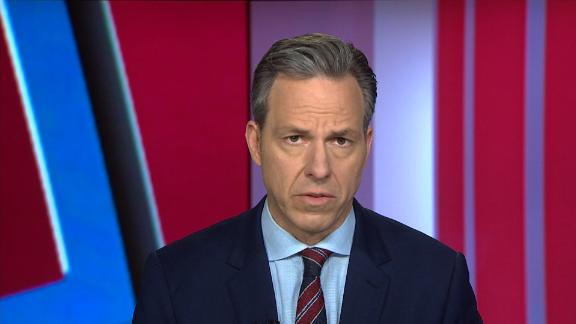 CNN's Jake Tapper says there are similarities among the people pardoned by President Trump.

Long story short, the crimes in question concerned a whiskey tax that was rejected by farmers because they felt it unfairly burdened the poor. A rebellion ensued, which ultimately led to the sentencing of two men -- John Mitchell and Philip Weigel. They were convicted and sentenced to be hanged.

Washington's pardon came on November 2, 1795, and as he explained during the State of the Union address that followed: "The part of our country which was lately the scene of disorder and insurrection now enjoys the blessings of quiet and order. The misled have abandoned their errors, and pay the respect to our Constitution and laws which is due from good citizens to the public authorities of the society."

There's a lot to unpack there.

First, it's interesting that the nation's first pardon was drug related, in this case alcohol. When you look at the pardons and other forms of clemency issued by recent presidents, they too are drug related, in many cases the drug is marijuana. (It's as if we're on a hamster wheel.)

Second, Washington stated that part of his rationale came from the fact "the misled have abandoned their errors." When you read the statements of President Donald Trump regarding his usage of clemency, though, he tends to find fault not in the convicted but in the conviction.

The most recent example of this is Trump's commuting the sentence of the disgraced former governor of Illinois, Rod Blagojevich, who was found guilty of soliciting bribes for political appointments including President Barack Obama's vacant senate seat. It was one of 11 acts of executive clemency doled out by the President on Tuesday.

Trump called the 14-year sentence Blagojevich drew in 2011 "ridiculous," and last year insinuated that his crime was not much of a crime as much as it was business as usual ("I would think that there have been many politicians -- I'm not one of them, by the way -- that have said a lot worse over the telephone," he told reporters then.)

I'm not so naive as to think Blagojevich -- who in 2010, while he awaited trial, was a contestant on Trump's show, "The Celebrity Apprentice"-- is alone in this practice of soliciting bribes by phone or otherwise, but that doesn't mean it isn't a crime.

Another example of Trump second-guessing the judicial process comes from his press secretary, Stephanie Grisham, who in speaking about the former junk-bond king Michael Milken -- pardoned by Trump Tuesday -- said "one of the lead prosecutors later admitted that Mr. Milken had been charged with numerous technical offenses and regulatory violations that had never before been charged as crimes."

Milken, the Drexel Burnham Lambert investment banker, pleaded guilty in 1990 to racketeering and securities fraud charges. He served two years in prison, though he was sentenced to 10 years. Grisham, on Tuesday, called him "one of America's greatest financiers."

The President's personal attorney, Rudy Giuliani, who as US attorney led the office that prosecuted Milken, had supported his pardon.

Speaking of Rudy Giuliani ... ex-New York Police Commissioner Bernard Kerik, benefited from his relationship with the President's associate: he worked for him when Giuliani was mayor. Kerik pleaded guilty in 2009 to charges of felony tax fraud and lying to the government after failing to report thousands in gifts while working for the city. Trump pardoned Kerik Tuesday.

The joke practically writes itself. Trump -- the man who still will not denounce the conviction and years of imprisonment for the so-called Central Park Five, the name given to the young men who were wrongly convicted of raping a jogger in 1989, and exonerated in 2002, thanks to DNA evidence -- gets to decide who is being treated unfairly by the justice system.

As recently as last year, Trump told reporters of the Central Park case: "you have people on both sides of that. They admitted their guilt. If you look at (former prosecutor Linda) Fairstein, and if you look at some of the prosecutors, they think that the city should never have settled that case, so we'll leave it at that."

In also showing mercy late last year to two officers accused of war crimes, one convicted of murder, President Trump, again dismissed the justice system, in this case the military justice system, tweeting, "We train our boys to be killing machines, then prosecute them when they kill!"

He also promoted a Navy SEAL who had been acquitted for violations of the laws of armed conflict. The alleged actions of the men in question include ordering soldiers to shoot at unarmed men in Afghanistan, posing with corpses and firing indiscriminately into crowds of civilians.

While it isn't unusual for a president to pardon officers -- remember Obama commuted the sentence of army whistleblower Chelsea Manning as one of his last acts in the White House -- Trump is the first in modern history to pardon one convicted of murder.

Perhaps this is why Richard Spencer, the former secretary of the Navy, who was fired while challenging Trump's effort to usurp the military judicial process, wrote in a Washington Post op-ed that "we train our forces to be both disciplined and lethal. We strive to use proportional force, protect civilians and treat detainees fairly. Ethical conduct is what sets our military apart."

Spencer, who first joined the Marine Corps in 1976, went on to say "the president has very little understanding of what it means to be in the military, to fight ethically or to be governed by a uniform set of rules and practices."

Before Trump's 2017 pardon of Joe Arpaio, the former Arizona sheriff, who among other things, targeted Latinos for unlawful detainment and then ignored a court order to cease the practice, Trump told a rally in Phoenix: "So was Sheriff Joe convicted for doing his job? I'll make a prediction. I think he's going to be just fine, OK."

Time and time again Trump uses his powers of clemency not to show mercy to those who he believes have repented for their sins but rather to show favor to those he thinks haven't sinned at all.

This approach certainly flies in the face of the first pardon ever issued but more disturbingly, creates a scenario in which the moral judgment of an impeached president usurps law, facts and in some cases, reason. When Obama showed mercy to Manning, he didn't question her guilt, instead he said, "I feel very comfortable that justice has been served."

What we have been witnessing recently is not in the spirit of the Constitution's Article II, Section 2, but in the spirit of authoritarianism. For it is one thing for a president to commute a sentence if she or he feels the individual has paid their debt to society, but it's totally another if the president intervenes with the belief there wasn't a debt to begin with.

Trump's rhetoric and actions were already uncomfortably close to the latter. Today did nothing to change that.