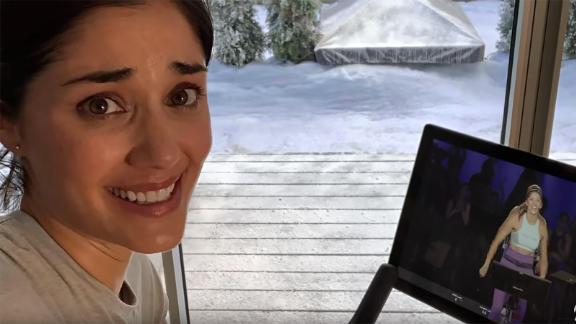 Peloton, an exercise bike that connects to live spin classes, is being ridiculed for a holiday ad. Critics say it peddles negative body image and bad marital dynamics.

Spotify has revealed its most-streamed artists of the decade. Go ahead. Guess who No. 1 is. I'll put the answer in the "And finally..." section below. Here's what else you need to know to Get Up to Speed and Out the Door. (You can also get "5 Things You Need to Know Today" delivered to your inbox daily. Sign up here.)

Welcome to the next phase of the impeachment investigation. The House Judiciary Committee is officially in control now, and will kick off its first round of hearings today. Don't expect any fireworks, though: Participants in these hearings will discuss the finer points of the impeachment case in terms of Constitutional and federal laws. Keep an eye on House Judiciary Committee Chairman Jerry Nadler. He'll be the one helming the process, and he's responsible for deciding on the scope of the articles of impeachment and whether or not to include things outside of the Ukraine situation, like information from the Russia investigation. As for the report that the House Intelligence Committee sent over to the Judiciary Committee, it's pretty damning. The 300-page report alleges Trump abused his power and obstructed justice in his Ukraine dealings, and calls the evidence for those claims "overwhelming."

World leaders will wrap up the two-day 70th anniversary NATO summit today by discussing how the alliance can "be the bedrock of peace and stability in the Euro-Atlantic area." That's no easy feat given the strained relationships between many of its members. President Trump and French President Emmanuel Macron continued to trade barbs yesterday, but Trump seemed to have better luck with UK Prime Minister Boris Johnson, who said today that meetings between the two have been "successful." Trump and Johnson reportedly discussed the future of NATO, the state of Syria and global security matters. Today, alliance members are also scheduled to discuss their relationship with Russia (not a NATO member) and the challenging rise of China.

Kamala Harris is out. The Senator from California officially ended her 2020 presidential campaign yesterday, citing a lack of financial resources and unmoving poll numbers. It's a rather abrupt exit for someone who was once seen as a frontrunner for the Democratic nomination, and her absence significantly cuts into the diversity of the strongest remaining candidates. Now that Harris is out, only six Democrats have raised enough money to guarantee a spot on December's debate stage, and they're all white: Joe Biden, Elizabeth Warren, Bernie Sanders, Pete Buttigieg, Amy Klobuchar and Tom Steyer. New Jersey Sen. Cory Booker is among the other contenders trying frantically to up their fundraising numbers to make the December 12 debate deadline.

Around 25,000 people from 200 countries have gathered in Madrid this week to attend the COP25 climate change conference. Among them is 16-year-old Swedish activist Greta Thunberg, who sailed across the Atlantic for three weeks to get there. Conference leaders have issued a dire message, saying the meeting represents the "point of no return" in the climate emergency. Over the next two weeks, global leaders will try to come up with a practical plan for cutting emissions to stem the threat of global warming. The plan will probably include an international emission-trading system, where governments and businesses can trade their greenhouse gas output. For instance, if one party keeps their emissions below a certain threshold, they can sell their remaining allowance to someone else.

North Korea has sent an ominous holiday message to the US, and no one really knows what it means. In a translated statement, Ri Thae Song, a first vice minister at the North Korean Foreign Ministry working on US affairs, accused the US of leveraging its political talks with North Korean leader Kim Jong Un for its own political gain. "It is entirely up to the US what Christmas gift it will select to get," the statement concluded. Is the "gift" more long-range missile tests? In July 2017, North Korea referred to its first test launch of an intercontinental ballistic missile as an Independence Day "gift" to the US. That would definitely put a freeze on any warm feelings between President Trump and Kim Jong Un, who already seem to be wary of each other due to Trump's insistence that North Korea agree to a nuclear deal.

But do they serve it to you on a seat-back tray?

Everyone's making fun of this holiday ad for the $2,000+ Peloton bike

A cold, wet potato harvest could make for a french fry shortage in the US

Or just a bunch of cold, wet french fries.

The Rock called himself baby Yoda's father and says he'll introduce him to his "brother" Kevin Hart.

Wow, what a sentence. We live in strange times indeed.

"We talk often about courage in sports. But the kids who survive the streets and turn their lives around show real courage."

New York Yankees General Manager Brian Cashman, talking about his work with Covenant House, an organization that cares for homeless and trafficked youth.

The number of people who could benefit from "Ready, Set, PrEP," a new national program to provide HIV prevention drugs to uninsured Americans.

Octopi are so fascinating. Here, one waits inside a shell for its passing prey. Yet another reason to be thankful you're not a crab! (Click here to view) Oh, and the answer to that Spotify question: It's Drake.