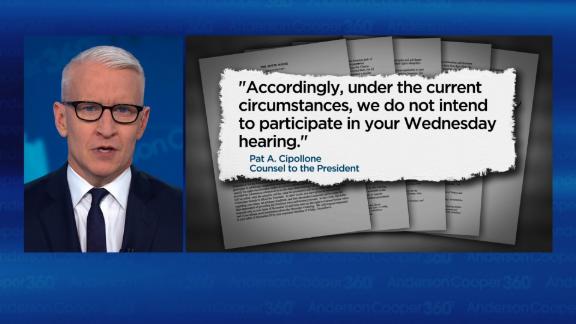 Dictionary.com has picked its Word of the Year, the word that captures the zeitgeist, the collective spirit of humankind in 2019. It's ... "existential."

World leaders gather in London today to mark the 70th anniversary of NATO. Needless to say, it's a pretty tense time for the allies: The all-important UK general elections are less than two weeks away, French President Emmanuel Macron is still catching heat for his comments last month that the US' indifference to the alliance is leading to the "brain death" of NATO, and everyone's waiting to see if President Trump will say or do something to upend the delicate diplomatic atmosphere. So far, Trump has hit back at Macron, calling the French President's statement "nasty" and criticizing France's economy and this year's "yellow vest" protests. The biggest issues leaders face are defense spending and who should pay for it (Trump has long hammered his fellow NATO leaders on that one) and the looming threat of Russian President Vladimir Putin. Follow live updates all day here.

The House Intelligence Committee is expected to release its impeachment investigation report today, and House Republicans have already released their "prebuttal" (it's like a rebuttal, but in advance). The GOP document, drafted by House committee staff, makes some claims that were roundly refuted in impeachment testimony, namely that there was no quid pro quo in the President's Ukraine dealings and that everything he did involving Ukraine was above board. The report also trades in conspiracy theory, suggesting the whole investigation is a coup by the President's "deep state" rivals. All in all, it's not unlike a strategic counternarrative a defense attorney might draft. Regardless, the House Intelligence Committee today will formally hand the impeachment case over to the House Judiciary Committee in time for that panel's scheduled first impeachment hearing tomorrow.

The US is taking trade tensions global. Officials proposed a wave of tariffs on roughly $2.4 billion worth of French goods, including champagne and cheese (non!), in response to news of a French tax on digital services. That tax affects American tech companies like Facebook and Google, and a report found it could create a barrier to trade between the countries. At the same time, President Trump announced tariffs on steel and aluminum from Brazil and Argentina, saying the move will help US manufacturers and farmers. Amid all this, a new report shows American manufacturing has slowed for the fourth month in a row and the country is in what one economist called "a mild recession."

There hasn't been a federal execution in nearly 17 years, but that may change soon. The Trump administration has asked the Supreme Court to reverse a lower court ruling that has effectively paused a series of federal executions. If the Supreme Court goes through with the request, the executions could begin as early as next week. The federal death penalty was dormant for nearly two decades until Attorney General William Barr revived it this July. Four men, including Daniel Lewis Lee, a white supremacist convicted of killing a family in the 1990s, were waiting on federal death row when the lower court blocked the executions last month.

Elon Musk, the often controversial head of Tesla, heads to court today in a defamation suit for his tweets attacking a Vernon Unsworth, a British man who helped in the 2018 rescue of 12 boys and their soccer coach from a Thai cave. If you'll recall, Musk created a mini-submarine to try to help with the rescue. Unsworth made some spicy comments about it and called it a PR stunt. In return, Musk called Unsworth a "pedo guy" in a tweet he later deleted, then doubled down on the claim in subsequent tweets and interviews. Unsworth is now suing Musk. This isn't the first time Musk has gone to court over his Twitter behavior. In September 2018, the CEO agreed to a settlement with the US Securities and Exchange Commission after teasing the idea of taking Tesla private by tweeting "funding secured."

Ah, the joys of sports fandom.

Rest in peace, to a true internet legend.

A new challenger has appeared in the chicken wars!

Well, our smart TVs are gonna be pretty bored watching us zone out on the couch to "The Crown."

"This is the first time that I have been arrested for civil disobedience, and it feels good."

Actress and environmental activist Jane Fonda, describing her arrests at several climate change protests in Washington. Fonda says she moved to the nation's capital specifically so she could protest.

The number of Christmas trees sold in the US in 2018, according to the National Christmas Tree Association. This year's number is expected to be just as big, despite a dip in tree production dating to the Great Recession.