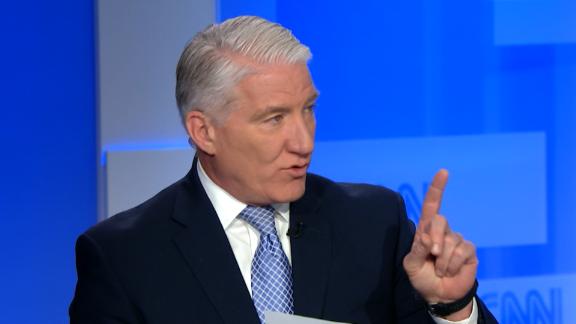 CNN's Jake Tapper and panel discuss the implications of testimony from US Ambassador the the European Union Gordon Sondland during the impeachment inquiry into President Donald Trump.

In case there was any remaining doubt, US Ambassador to the European Union Gordon Sondland's testimony at the impeachment hearings on Wednesday put to rest two mainstays of the Republican battery of defenses for President Donald Trump: That the investigation was not based on firsthand information, and that there was "no quid pro quo."

On the former, Sondland directly communicated with Trump and other key players in the scandal about the importance of Ukraine conducting "investigations" at pivotal moments around the July 25 call. On the latter, Sondland could hardly have been more clear: "Was there a 'quid pro quo?' As I testified previously, with regard to the requested White House call and White House meeting, the answer is 'yes.'"

(And let's take a moment to remember some of the more distant, previously discarded defenses: "perfect" call, "unfair process," Trump was a true "anti-corruption crusader," "what about the whistleblower?" Rest in peace).

All Trump and his defenders are left with now is this: Trump never explicitly told Sondland directly that foreign aid would be conditioned on announcement of investigations. (Note that the White House itself is blocking testimony from witnesses who might be best positioned to provide determinative testimony or documents on this issue, one way or another: Mick Mulvaney, Mike Pompeo, John Bolton).

That's a mighty thin reed of a defense, and it requires a suspension of logic and common sense. It runs contrary to the testimony of other witnesses who understood there was very much a conditional this-for-that exchange in play: The top US diplomat in Ukraine William Taylor, former US special envoy to Ukraine Kurt Volker -- and now Sondland. It ignores the July 25 Trump-Zelensky call transcript, in which Trump states directly to Zelensky "I would like you to do us a favor though..." before asking for investigations of Ukraine and the 2016 election and, eventually, of the Bidens. And it requires the fact-finder to refrain from drawing the logical conclusion that all the relevant players were "in the loop" -- except Trump.

There's a fall guy emerging here for Trump: Rudy Giuliani. Sondland, like many witnesses before him, confirmed that Trump empowered Giuliani to run point on Ukraine. Trump himself told Zelensky, "Rudy very much knows what's happening and he is a very capable guy." But Rudy is Trump's only out. Rudy went rogue, Trump and his defenders will likely argue, and if he engaged in bribery or extortion or any other conduct offensive to the Constitution, then he did it on his own, without Trump's blessing or authorization. It's a stretch, but it's all Trump's got left.

Indiana has one of the lowest COVID-19 spread rates