"In many ways, it has felt to me watching the race unfold that we are beginning to break into camps of nostalgia on the one hand and big ideas -- my way or no way -- on the other," Patrick told reporters in New Hampshire. "We have to be about how we bring people in, how we bring people along and how we yield to the possibility that somebody else, or even some other party may have a good idea, as good or better than our own."

The announcement is a stark reversal for Patrick, who decided in December 2018 not to run for president, citing in a Facebook post the "cruelty of our elections process" and the impact it would have on those close to him.

Since that decision, though, Patrick has expressed regret for not getting into the race earlier this year and began seriously weighing a presidential campaign weeks ago. He began telling friends and allies in calls on Wednesday that he had made a decision to join the race, aware of the challenges awaiting his candidacy, yet also seeing promise in the unsettled nature of the primary fight.

In his announcement video, Patrick signaled his intention to offer optimism over strict progressive ideology, presenting himself as a candidate who will strive to unify deep divisions in the country. His words echoed similar strains from several of his new rivals.

He added: "This time is about more than removing an unpopular and divisive leader, as important as that is, but about delivering instead for you."

Later Thursday morning, Patrick delivered a stinging, albeit measured, indictment of the Democratic presidential field, telling CBS that he sees the current race as a debate between "nostalgia" and the idea that "it is our way, our big idea, or no way."

Patrick told the CBS hosts that he reversed his position because he "can't know if you can break through if you don't get out and try."

But even prior to Patrick's announcement Thursday, voters across the country in polls and interviews have told CNN that they want the field of Democrats running to shrink, not grow.

Patrick acknowledged the challenges awaiting his campaign, which he began to assemble only days ago.

"I recognize running for president is a Hail Mary under any circumstances," Patrick told the Boston Globe in an interview on the eve of his announcement. "This is a Hail Mary from two stadiums over."

After announcing his bid on Thursday morning, Patrick traveled to New Hampshire to file his papers for the primary there with the secretary of state's office, his first official step in getting on primary ballots. Patrick described the moment as "extraordinarily humbling, sober and exciting moment all at once."

"I think we have to be about how we bring people in, how we bring people along, and how we yield to the possibility that somebody else or even some of the party may have a good idea, as good or better than our own," Patrick said. "That's the kind of leadership I have brought to settings in the private sector and the public sector, the kind of leadership I want to bring right now."

Patrick later told reporters that Biden's campaign "misses the moment" because it is centered on the idea that "if we just get rid of... the incumbent we can go back to doing what we used to do."

Patrick said Trump successfully made the case in 2016 that "establishment politics isn't working well enough for most people" and that both Bernie Sanders in 2016 and Barack Obama in 2008 made a similar case that "is still true" to this day.

The odds could be incredibly steep for a late entrant like Patrick, 63, who is not well known nationally, does not have personal wealth to finance a campaign and is up against a history littered with failed late-entry candidates. Patrick has already missed the deadline to appear on the primary ballot in Alabama and Arkansas, which could be significant if the race becomes a delegate fight next year.

Still, despite the odds, he enters the race with some potential advantages: Patrick is from Massachusetts, which is next door to New Hampshire, home of the first-in-the-nation primary. And being one of the country's first African American governors could be politically beneficial in South Carolina, where a majority of Democratic primary voters are black.

Patrick, born on the South Side of Chicago in 1956, was raised primarily by his mother after his father, a jazz musician, decided to leave the family and move to New York. Patrick excelled in school and, after a teacher pushed him, he applied for a scholarship and was accepted "sight unseen by Milton Academy in Massachusetts" for high school. Patrick would go on to study at Harvard, where he later received his law degree in 1982.

After years in private law practice, Patrick began his public service career in 1994 when then-President Bill Clinton nominated the then-partner at Boston law firm Hill & Barlow to be US Assistant Attorney General for the Civil Rights division. After serving in the Clinton administration, Patrick worked as a senior executive at both Texaco and Coca-Cola.

Despite entering the 2006 Massachusetts governor's race as a longshot candidate, Patrick bested two better-positioned Democrats in the primary and later won the general election. Patrick successfully ran for reelection in 2010 against now-Massachusetts Governor Charlie Baker.

Throughout his career, Patrick has been compared to his friend, former President Barack Obama, in part because both have leaned on their personal stories and ties to Chicago to rise to political power.

Patrick's first campaign for governor was helmed by political consultants David Axelrod and David Plouffe and his slogan -- "Together We Can" -- was seen as a precursor to Obama's hopeful message in 2008. The two Democrats remain close to this day.

Patrick spoke to Obama about his now official campaign this week, a source close to Obama tells CNN.

"Gov. Patrick informed President Obama this week about his decision to run," the source said. "They are friends and have a deep mutual respect for each other. President Obama wished Gov. Patrick well and gave the same advice he's given to the other candidates who have sought his counsel."

And Patrick's connections to Obama's political world continue. Before ruling out a run, Patrick had built a small but formidable team of advisers in Boston as he planned a 2020 bid and had the backing of some top aides from Obama's 2008 and 2012 campaigns.

Patrick's work in the private-sector may create a political hurdle for his candidacy, particularly a job in 2015 he took at Bain Capital. The Boston-based private investment firm that became a liability to the 2012 presidential run of Republican Mitt Romney, another former Massachusetts governor and now a US senator from Utah.

Even before he made his candidacy official, several liberal activists blasted Patrick's work at the firm. It could hang over him as he is entering a race where frontrunner Democrats have cast wealthy and powerful interests as the enemy of progressive policies.

"We knocked Romney for working at Bain Capital," Markos Moulitsas, founder of the liberal Daily Kos blog wrote on Twitter. "Deval Patrick doesn't get a pass for doing the same."

Patrick defended his corporate work, telling CNN's Jake Tapper on Thursday, "I'm a capitalist. I'm not a market fundamentalist. I don't think private markets in the private sector solves every problem that needs to be solved in our society right on time."

He said he brought a spirit of "big systematic reform, setting an example of what's possible in my work as a lawyer, in my work in the governor's office in eight years and I'm proud of that."

Hi: 53° Lo: 32°
Feels Like: 29°
More Weather
A sunny and mild day is expected! Changes arrive through the weekend 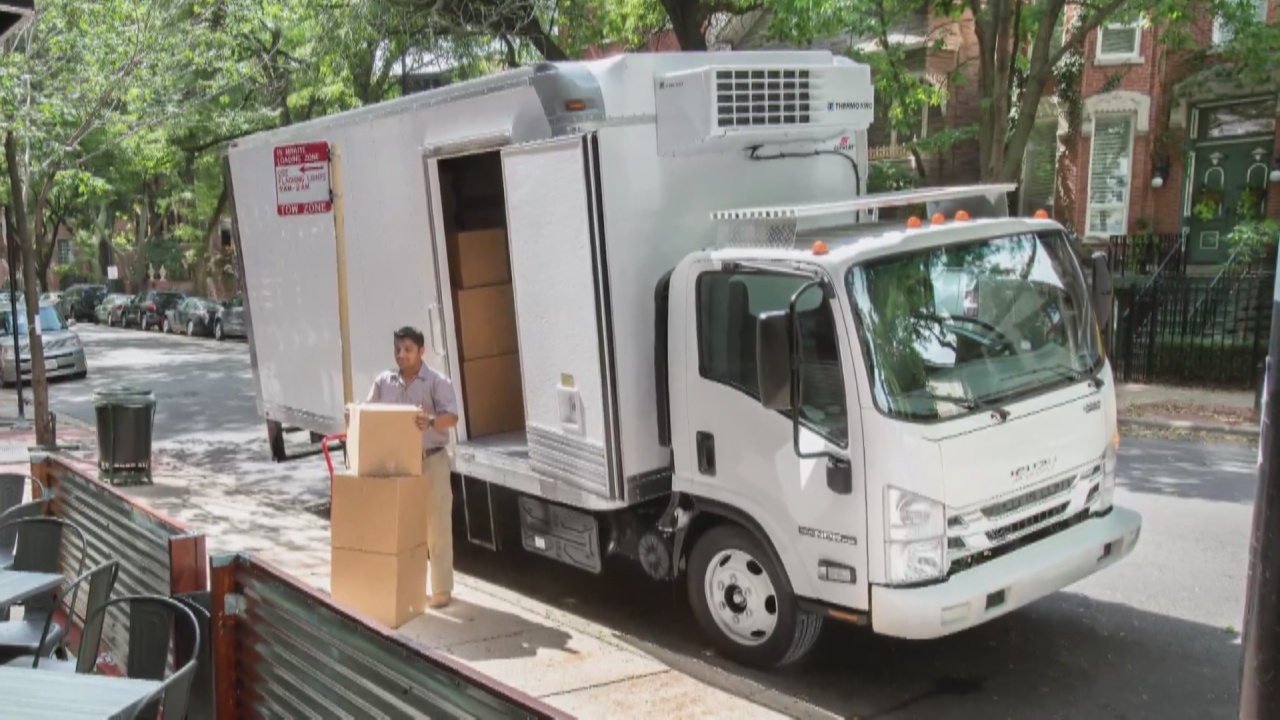