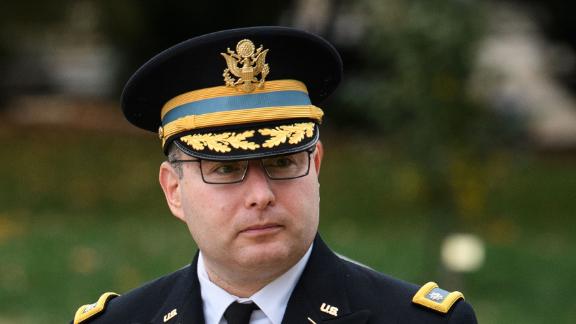 President Trump and some of his defenders resort to questioning the patriotism of Purple Heart recipient and White House Ukraine expert, Army Lt. Col. Alexander Vindman, who's set to testify in the impeachment inquiry.

What do Dwight Eisenhower, Donald Trump and Charles Wieder Dent have in common?

Answer: We all have ancestors who trace their ethnic roots to an area of Europe we now call Germany.

In the case of Donald Trump and me, we both can trace our ancestors specifically to Rheinland-Pfalz, mine arriving in the 18th century, nearly 50 years before the American Revolution, and in the Trump family's case, arriving in the 19th century. The Eisenhower family claimed early German- American roots as well.

My maternal grandmother, Mildred Rosenberger Wieder, proudly owned her Germanic-Mennonite heritage. Grandma Wieder detested the term "Pennsylvania Dutch," as she thought it was slang or a slur; she often said we were German, not Dutch. Her husband, Lloyd Wieder, whose surname I claim as my middle name, proudly served our country during World War I in the US Navy as a petty officer.

What is not well known is that many German Americans were persecuted and had their loyalties questioned during World War I. In fact, in my hometown of Allentown, Pennsylvania, most people in the city and broader county were of Germanic heritage, and most people spoke a Germanic dialect as their first language before and even shortly after World War I.

World War I forced the community to have difficult conversations in their Lutheran and German Reformed congregations about embracing English rather than German as the language for their liturgies and religious services. Churches split over the English-German divide at the time. New churches were built a few blocks from the old ones so services could be conducted in English.

These people all considered themselves American patriots; many were sons and daughters of the American Revolution. Having one's loyalty questioned is even more hurtful than it is offensive. Grandpa Wieder did nothing heroic during World War I, but he did his duty.

The pain he and other German Americans must have felt was probably less than the pain Japanese Americans felt during World War II as so many, like the late Sen. Daniel Inouye and others, served heroically while their families were placed, shamefully, in internment camps, staining the pages of history in what is a largely exceptional American experiment.

Jewish Americans know all too well the hurt and agony of dual loyalty accusations. Who can forget the justifiably angry reaction of Congress to Congresswoman Ilhar Omar's disparaging comments about support for Israel several months ago? While the outrage about Omar's remarks was bipartisan, Republican congressmen were particularly offended and demanded that Omar's comments be condemned by the House of Representatives.

Which brings us to US Army Lt. Col. Alexander Vindman, an active duty decorated soldier who received a Purple Heart after being wounded in an IED blast in Iraq. Pundits questioned Vindman's credibility and cited his Ukrainian heritage.

Why attack a patriot who is testifying before Congress out of a sense of duty? Can you imagine any American questioning the loyalty of Supreme Commander of the Allied Expeditionary Forces Europe and General of the Army, Dwight D. Eisenhower, during World War II due to his Germanic surname and ethnic heritage?

What is happening in America when, for the sake of tribalism, people who should know better hurl these offensive, inflammatory verbal assaults -- all to stand in the good graces of President Trump, whose self-destructive and reckless conduct in Ukraine and Syria is simply indefensible, counter to American national security interests and in complete alignment with Russian autocrat Vladimir Putin's policy goals? Simply shameful.

A beautiful thing about America's immigrant culture is that it produces people like Alexander Vindman. He brings a unique understanding to both America and the land of his birth, Ukraine, by understanding both countries' culture, languages, traditions and heritage. In other words, he's an American asset and provides added value, dimension and expertise to his service and area of responsibility. There are countless others serving our country in similar ways with similar stories. God Bless America!

It's long past time for the Republican Party to have a serious intervention and family discussion about this moment. We must plan for the future and figure out how we'll reconstruct the party of Lincoln amid this mindless wreckage. I became a momentary Twitter sensation last week for stating that "my nose is not a heat seeking missile for the President's backside." That remark got a lot of laughs. But I'm not laughing today.

Now is the time that we all become heat-seeking missiles for the truth -- and fairness.

Haunted Lafayette: Spirits still at work at the Adams Mill

Haunted Lafayette: Checking in at the Historic McDonald Airbnb