A diabetic's life-or-death decision to cross the border 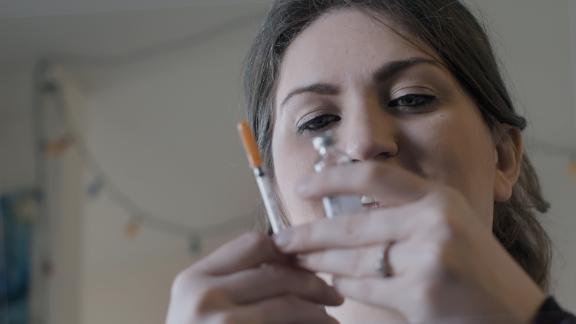 American diabetics are traveling to Canada to buy less expensive insulin and to avoid rationing their life saving medication.

What if I told you that for the rest of your life, you would be charged anywhere from $400 to more than $1,000 every month just to have access to air any time you needed to breathe?

Now imagine that you could not afford to pay that amount. Maybe you try to breathe less often. You begin to ration each breath you take to reduce the cost.

The lack of oxygen you experience from rationing your breaths makes you sick. Your organs suffer. You beg for help from others. "Please," you say, "just let me have some oxygen. I need it to live."

Now imagine the powers that be just shrug and say, "Sorry, we need to make money somehow. There's nothing we can do." And then they avert their eyes as you lie there, straining not to breathe, dying.

It's silly, right? Of course, it would never happen, thankfully. But this is precisely what's happening to me -- not with air, but with insulin.

I have Type 1 diabetes. My body does not make insulin at all. No amount of dieting, exercise, cleansing or home remedies can change this.

Trust me, if there were any way to fix it, I think I can speak for all Type 1 diabetics -- whose bodies produce little to no insulin -- when I say we would do anything for a cure. If I don't have access to insulin injections, I will die. It's as simple as that. And it would not be a fun way to go, either. Insulin depravation can lead to crippling pain and dehydration before death. And yes, those dollar amounts I listed for the cost of breathing are the same as those for insulin.

More than 30 million Americans with diabetes need insulin to live. But contemporary insulin has remained basically the same since its development in the 1980s, though an earlier form was discovered in the 1920s. Prices have risen sharply in recent years. According to a report from the American Diabetes Association, the list price for insulin almost tripled from 2002 to 2013 and the average price has increased by 64% since January 2014.

There have been times when I called the customer service line for different insulin companies, asking for assistance in my quest for affordable insulin. There were some one-time coupons available. (I was told that I was permitted only one coupon per lifetime.) But otherwise, little was done. The poor phone representatives. I knew it wasn't their fault, but my voice would be shaking from holding back tears. Sometimes I wonder if their phone calls are similar to those of a mental health hotline, with callers in tears and desperate cries of "What am I going to do?"

I was able to secure samples from my doctor's office, but as they began to receive fewer samples, I was once again on my own. In desperation, I drove to all the pharmacies in my area, searching for help and the lowest price. I sat in my car crying. Crying out of frustration and anger. What could I do? Nobody could help me. I've heard of fellow Type 1s rationing their insulin and even dying. Would that be me?

I recall stories of people driving to Canada for prescriptions and medical care. Could I get insulin there? Google became my best friend at that point. After discovering I did not need a prescription and could buy several vials of insulin at once for roughly $25 each, the decision was made. I added Canada to my list of travels, for reasons I never expected.

As I planned the trip, I became apprehensive about bringing insulin across the border. I discovered from research that there were a lot of gray areas regarding transport of Canadian medications.

What if I bought the insulin but it was confiscated at the border? Would I get in trouble? I had to try. I had no other options, unless dying counts. Thankfully, my first visit went smoothly. I remember planning my next trip on my way home and thinking, "This is how I'm getting my insulin now."

The border control agents, pharmacists, and everyone I meet in my visits to our northern neighbor widen their eyes when I tell them how much I would have to pay for insulin in my own country, which I love. I can pay roughly $25 for a one-month supply of one type of insulin I need in Canada. Is it possible to be ashamed of my own country for something that isn't even close to my fault? That is precisely what I feel when I must travel to another country to get what I need to survive because I simply cannot afford it at home.

While fellow Type 1 diabetics have been dying because they cannot afford insulin, Eli Lilly, one of only three insulin manufacturers in the United States, announced it will offer generic insulin for roughly $137.35 per vial. (Diabetics often need more than one vial per month, some needing as many as six.) The company announced it like it was worthy of the Nobel Prize. That's not how I see it. I want to ask: How is this even close to OK when one can get insulin in Canada for a significantly lower price? If they are anything like me, many of Eli Lilly's customers probably feel similar to Oliver Twist asking, "Please, sir, I want some more."

And then there is Colorado, the first state to cap copayments for insulin costs. This is fantastic news, but it's not enough. First, individuals without insurance will not be helped. Second is the baffling question, always present in my mind, "But why do I only pay about $25 a vial in Canada?"

Part of Colorado's law requires a state investigation into insulin pricing, according to the source from NPR. Honestly, investigating is a start but it isn't enough. To me, it borders on criminal that drug companies and our government continue to turn a blind eye to people dying, suffering from rationing, or having to cross the border because they cannot afford the ridiculous prices of their insulin.

I'll return to Canada this year. How many trips will I take before my own country decides enough is enough? How many people will die before we put the needs of our citizens ahead of the greed of insulin manufacturers? If you have Type 1 diabetes and cannot afford insulin, you might have to go to another country like I did. And to those of you who have the power to effect change, whether you're an executive at a pharmaceutical company or a political figure, do the right thing. Stop putting us in the ground.