Jason Momoa shaved his beard and people are freaking out 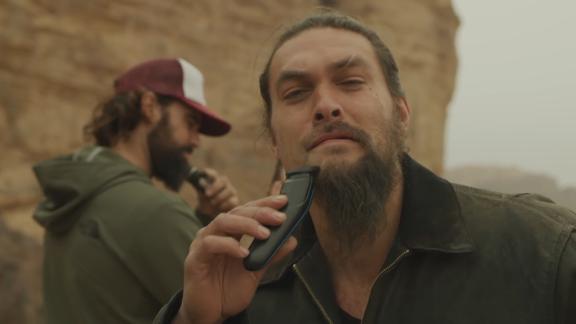 Jason Momoa posted a video of himself shaving his facial hair off to promote aluminum recycling.

Before you ask "Why is this news?" remember that it's Jason Momoa.

The Jason Momoa whose role on "Game of Thrones" and as "Aquaman" has caused more than a few hearts to flutter and whose marriage to actress Lisa Bonet is absolute #relationshipgoals.

Just when you thought you couldn't love the dude more, he goes and shaves his beard for the environment.

Momoa shared a video of him shaving on YouTube.

"Goodbye DROGO, AQUAMAN, DECLAN, BABA! I'm shaving this beast off, it's time to make a change," he wrote in the caption to the video, bidding farewell to the look of several of his most famous characters. "A change for the better...for my kids, for your kids, the world."

It was all done to draw attention to a new line of canned water that he is helping launch with the Ball Corporation and he is encouraging people to "make a switch to INFINITELY RECYCLABLE aluminum."

Since folks are still getting over this being the final season of "Game of Thrones," Momoa's actions appear to have the internet in mourning.

"I know the redacted Mueller Report is out today, but please don't let that overshadow the news that Jason Momoa shaved his beard," former Minneapolis mayor Betsy Hodges tweeted Thursday.

Brees says he ‘completely missed the mark’ in flag comments