Why Javanka's security clearances were vital to Trump 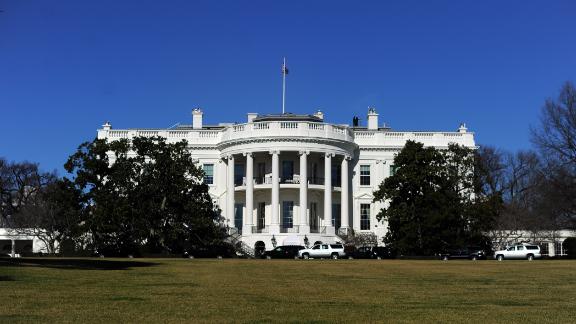 House Oversight chair Elijah Cummings confirms his committee is planing to officially subpoena the White House after a whistleblower revealed the Trump administration pushed for security clearances for 25 individuals despite, what she calls, "serious disqualifying issues." CNN's Alex Marquardt reports.

If officials had a reason to resist granting Ivanka Trump a security clearance, and all indications suggest they did, their concerns were not heeded by the President. In fact, just the opposite.

As CNN reports, the White House personnel security office expressed concern about granting security clearance to Ivanka, along with her husband Jared Kushner, who both serve in the White House. Despite this, the President pressured then-Chief of Staff John Kelly and then-White House counsel Don McGahn to give the couple clearance to see secret information held by the government. When both Kelly and McGahn refused, Trump granted the clearances himself.

It makes sense that the idea of trusting Jared and Ivanka, known to many as Javanka, with such confidential information would be cause for concern. They came to the White House with no relevant experience. Both have business ties -- Kushner to the Middle East, Ivanka to China -- that raise obvious suspicions. In light of the murder of Jamal Khashoggi, Kushner's relationship with Saudi Crown Prince Mohammed bin Salman is a scandal in the making. Ivanka's receipt of income from the Trump Organization's Washington hotel, frequented by those who would curry favor, is almost as troubling.

But as serious as Javanka's flaws may be the President reportedly wanted them to be able to view government secrets and granted them permission to do so.

Why might he have pushed so hard? It's possible that he was simply being stubborn -- or perhaps he understood his own deficiencies.

Like a man who cannot read but tries to hide this truth with bluster and tricks, Trump is a President who doesn't like briefings and covers his ignorance with loud proclamations. Famous for avoiding books and papers longer than a single page, the President needs trusted advisers who are willing to pore over details related to policy and world events, and report to him in terms he can grasp.

Given the President's limited experience and tendency to suspect others, Jared Kushner and Ivanka Trump are well-suited for the job. Ivanka can also fulfill a second, related duty of soothing the commander-in-chief's temper and blunting his impulses.

Ever since she joined the family business after college, Ivanka Trump has tried to be a calm voice in her father's ear. When I interviewed her in 2014, for a biography of her father, she said that she knew how to raise questions in a way that he could tolerate and could sense when it was necessary to gather allies to stand against him. From observation, it seems her trick was to shower him with praise and show him the deference his fragile ego demands.

As a Trump insider, Ivanka suffers from a tone-deafness and sense of entitlement that are more subtle than her father's -- but nevertheless appalling. Witness her clueless comments about minimum wage jobs and her claim that her father didn't intervene to grant her security clearance. In any other circumstance, this woman does not deserve a security clearance. However, in this circumstance, Ivanka might actually serve some public good by having this clearance. She can have delicate conversations with the President, who needs all the help he can get, so it might be wise to let her read the material her father would rather ignore.

In the future, Ivanka may well get caught up in the investigations, prosecutions, and scandals that dog the administration and seem to grow in number every day. But until then, she can read, she can speak calmly, and the President trusts her. These three facts suggest that with top-level information, she could yet serve the country in a way no one else can.

Remains found in house that burned after man evaded arrest