What Mueller's probe has already revealed about Trump 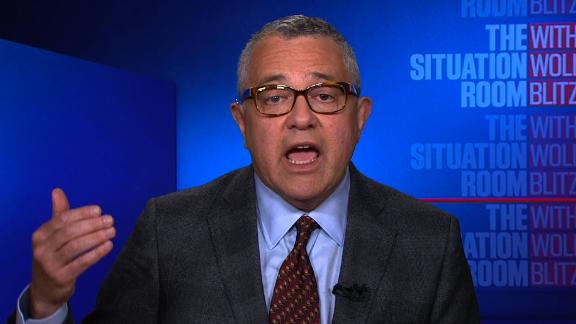 CNN's Jeffrey Toobin reacts to the news that special counsel Robert Mueller is not recommending any further indictments, according to a senior Justice Department official.

The Mueller report is finally done and has been turned over to the attorney general. Now the public waits to find out what it says and how Washington will react (what, for example, will Congressional investigators do next?).

But the damage that the investigation has already inflicted should not be underestimated. Five high-level officials, including President Donald Trump's former campaign manager, have been convicted or pleaded guilty, most of them after lying about their interaction with Russians. Roger Stone, Trump's longtime adviser, is going to stand trial.

This cadre of men implicated in serious wrongdoing has already revealed the President's comfort with surrounding himself with unsavory characters -- people willing to forge connections with individuals tied to a foreign government interfering with our election.

The response of the President to the investigation has been equally revealing. As the probe intensified, Trump aggressively went after the investigators. He lambasted officials looking into what had gone wrong and spread disinformation and conspiracy theories to discredit the inquiry, rather than support its quest for the truth.

In the minds of many, including Judiciary Committee Chair Jerrold Nadler, he has obstructed justice. Trump's response throughout this process has revealed how energetically he is willing to use and abuse presidential power.

The public support for Special Counsel Robert Mueller has been strong in contrast to the lagging national approval ratings Trump has faced. While many factors contribute to the President's ratings, the disjunction between the public standing of the two figures appears to reflect distrust of the President.

Finally, the report has helped to stimulate many other investigations into the administration that are now getting underway in the House of Representatives. Some of the Mueller findings thus far also have become the basis for investigations underway in the Southern District of New York, involving former Trump fixer and lawyer Michael Cohen, that could leave the President in legal jeopardy when he leaves office.

If the report delivered to Attorney General William Barr today is made public and clears the President of any personal wrongdoing, that could be enough for him to move forward politically and convince Democrats that it is best to slow their inquiries. A favorable report would solidify Republican support and help Trump gain political momentum.

The price of this entire process, however, has already been high. It has consumed two years of valuable political time that can't be regained. It has already exposed enough to undercut the standing of the administration for a large portion of the public that will be thinking of the character of this President when it comes time to vote.