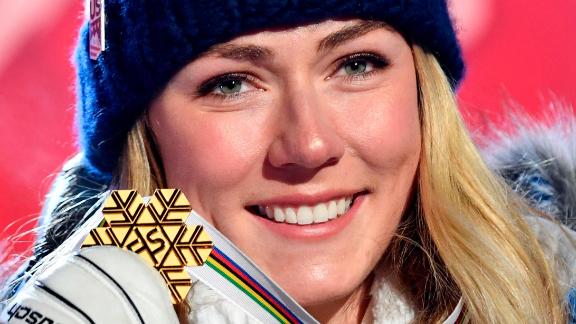 Quiet night in or big night out? Heels or sneakers? Olympic gold or an overall World Cup title?

US skiing superstar Mikaela Shiffrin might be fearless on the slopes, but was she brave enough to take the CNN Alpine Edge quickfire challenge?

The good news is the 23-year-old took on the task with the same coolness under pressure, supreme skill and all-out attack that has taken her to the top of the sport.

Shiffrin's dominance this season has made waves beyond skiing, and she stands on the brink of a third straight World Cup overall crown.

The double Olympic champion is already the third most successful women's ski racer of all-time with 56 wins -- trailing only Annemarie Moser-Proll (62) and the now-retired Lindsey Vonn (82). And she is fifth on the list of all-time most successful ski racers, male or female.

But what is the secret to her phenomenal success and quite how does prefer to spend her time away from the snow?

To discover what makes Shiffrin tick, watch the video at the top of the page.