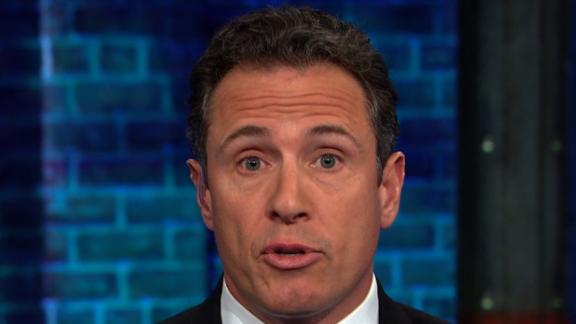 In a recent tweet of mine that went viral I made three simple points about the now infamous "Covington boys" incident in Washington DC:

2. Chaperones should have intervened.

3. The boys should not have been permitted to wear MAGA hats if they were representing the school.

I welcome this opportunity to expound on these comments in more than the 280 characters that Twitter allows.

Respect for our elders is no longer in vogue. Too often, young people are encouraged to speak their own minds indiscriminately, even when not fully developed or sufficiently imbued with the capacity for right judgment. The result of such ill-advice is on display in the now infamous Covington Catholic High School incident in Washington DC.

What seems clear to me is that rather than stand their adolescent ground in a confrontational and seemingly mocking way, the boys should have simply turned away. In fact, in his exclusive interview with NBC's Savannah Guthrie, Nick Sandmann, the student who went face-to-face with Nathan Phillips said as much: "In hindsight I wish we could've walked away and avoided the whole thing." I couldn't agree more. If they felt confronted, he and his classmates should have paid heed to the Christian dictum of "turn the other cheek" rather than to thrust both cheeks into the face of an elder about whom they knew nothing. Boys are seen laughing at and mocking their elder. It is wrong, plain and simple.

Secondly, where were the chaperones during this encounter? The situation had obviously escalated after the racial and homophobic jeers of the religious group known as the Black Hebrew Israelites. Immediately, adults should have stepped in to defuse the situation. They should have moved the boys away and surrounded them until their bus arrived. That is what chaperones do for young people not yet mature enough to make wise and prudent choices. Instead, these boys were left to fend for themselves and as a result acted in unwise and disrespectful ways.

Lastly, I don't think the boys should have been permitted to wear MAGA hats to the March for Life event they attended. The "Make America Great Again" slogan has become political code for an agenda that is often in opposition with the teachings of the Roman Catholic Church.

The boys attended the march representing a Catholic boys' school. Any hat donned should have had the school name or a logo identifying them as participants in the March for Life event -- not a hat with a logo that may suggest stances not in accord with the mission statement of their school.

The Catholic Church's pro-life teaching encompasses a panoply of issues such as: abortion, immigration, capital punishment, the environment and climate change, sex trafficking, and the inequitable distribution of the world's resources. Some claim the "MAGA philosophy" is not in accord with church teaching on many of these issues. Teachers and chaperones from the Catholic school should have discouraged students from, however unwittingly, promoting a questionable partisan political agenda.

The hate mail and threats I have received since my tweet and my on-air appearances about this issue on CNN and HLN have astounded me. Supposed Christians have said the most vile and uncharitable things imaginable. It is further indication of the vast political, racial and religious divides that still exist in our country.

On Monday we celebrated the life of a man who stood on the National Mall in Washington DC to proclaim his hope and dream for America. I fear that decades later, this weekend's event on that same mall suggests that we have far to go in realizing that dream.

Indiana man rescued after 3 days lost inside a storm drain