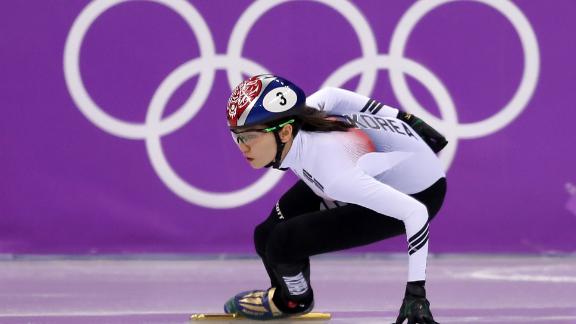 South Korea has dominated the Olympic sport of short track speed skating for decades, but there is a dark side to that success. A KSOC report earlier this week detailed 124 assault cases in the last five years -- 16 cases of sexual violence and two coaches who abused minors.

<p>South Korea's Olympic Committee has apologized to athletes who have come forward in recent weeks with abuse claims, rocking the East Asian country's sporting establishment.</p><p>At a press conference Tuesday, Lee Kee-heung -- president of the Korean Sports and Olympic Committee, KSOC -- bowed in apology as he admitted the organization had allowed individuals to influence its internal procedures and prevent it from investigating assault allegations.</p><p>"To the athletes who are sweating, enduring arduous training regimen at this very moment; the sportsmen who are quietly devoting themselves to the field of sports despite the poor condition. To them as well, I give my sincere apology," he said.</p><p>He vowed to "root out the practice of leaders having absolute control over the future of their athletes and using the power to commit misconduct," and permanently ban any perpetrators of sexual violence from future employment in the industry.</p><p>Last week, new revelations of bullying and abuse emerged from within South Korea's incredibly successful speed skating team, which has dominated the Olympic sport for decades, winning six medals at the recent <a href="https://www.olympic.org/pyeongchang-2018/short-track" target="_blank">Pyeongchang Winter Games</a> -- hosted by South Korea -- including three golds.</p><p>Speed skater Shim Suk-hee came public to accuse a former coach of sexually abusing her from the age of 17. The coach, Cho Jae-beom, had already been found guilty last year of assaulting Shim and three other skaters, and was jailed for 10 months. He has denied the new allegations.</p><p>"I hope no more people are victimized like me in the field of sports. I have mustered the courage and came here to provide a little for the cause," Shim told reporters. "For whatever the reason, the violence must cease."</p><p>One of the country's top Olympians, <a href="https://www.olympic.org/suk-hee-shim" target="_blank">Shim</a> took gold at Pyeongchang, and at Sochi four years earlier, adding to a tally that includes multiple world championships and other accolades.</p><p>But observers fear the prestige she and other skaters brought the country on the ice may have encouraged officials to cover up accusations of abuse within the Olympic team.</p><p>On Monday, South Korean President Moon Jae-in called for a society-wide reckoning over "testimonies about violence and sexual assault in the sports industry," which he said painted a "shameful portrait" of the country which had been hidden "under the glorious appearance of South Korea as a sports powerhouse."</p><p>At a press conference last week organized by the group Solidarity for Young Skaters (SYS), former national speed skater and coach Yeo Jun-hyung accused the country's skating body of silencing athletes who came forward while perpetrators and those who protected them went unpunished.</p><p>"The athletes would be penalized but the executives would remain in their positions," Yeo said. "Seeing that I felt cynical and wondered how this could change."</p><p>He blamed the problem on the culture of South Korean sports, comparing it to other countries, where "the athletes and the coach act with each other as friends and that's natural."</p><p>"The Korean system is not like that," Yeo said.</p><p>In a statement, SYS said Shim's revelations were just the tip of the iceberg.</p><p>"We have learned through the investigation that other athletes had been suffering the sexual assault and harassment from the individuals in power in skating," SYS said.</p><p>The statement added that the group had avoided publicizing accusers' cases for fear "the accusation could only result in secondary victimization and retaliation against the athletes."</p><p>"Maybe what those in power in skating wanted was for us to cower at the thought of secondary victimization and retaliation and stay in silence," it added.</p>

What cutbacks Purdue University has made to freeze tuition