The mother of a Navy veteran being held in Iran says he was a cook in the service and has never been a spy....

The mother of a Navy veteran being held in Iran says he was a cook in the service and has never been a spy.

Michael White went to Iran in July to visit a woman he calls his girlfriend and didn't return.

Iran's Foreign Ministry said this week he was arrested in the city of Mashhad.

The reason for his arrest has not been announced. His mother, Joanne White, said Friday through a representative that her son spent much of his time in the Navy as a cook and recently worked commercially as a janitor.

"Because Americans detained in Iran are often accused of espionage, we want to be very clear .... he is not now, nor has he ever been a spy," family representative Jonathan Franks said.

Joanne White said she is worried about the health of her son, who has cancer. She wants the Iranians to provide access for the Swiss ambassador. In the absence of relations between Washington and Tehran, the Swiss Embassy represents US diplomatic interests in Iran.

"Joanne White wants her son back, and she's gravely concerned that he will succumb to his medical issues in prison. Michael has no part in the ongoing geopolitical dispute between the United States and Iran," Franks said.

Franks said White went to Iran to visit a woman he loves. White met her online about four or five years ago, and he had visited her four times over the past few years, Joanne White said.

The mother said earlier this week she was worried her son's cancer could recur. He had recently gone through months of chemotherapy.

He also has asthma and was medically retired from the Navy, Joanne White said.

Michael White is one of several US citizens and other foreign nationals held in Iran. The State Department advises Americans not to travel to Iran "due to the risk of arbitrary arrest and detention." 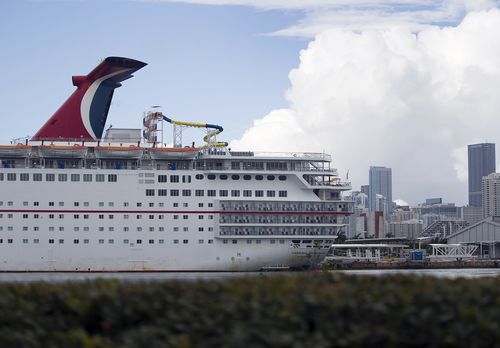